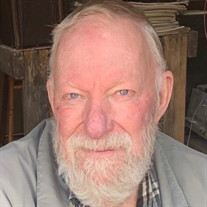 Wayne Ralph Steuck, 74 years old, beloved husband, father, Bopa, and friend to many, passed away on July 24th after a 4-year battle with pulmonary fibrosis. While we were not ready to let him go and miss him dearly, we take comfort in knowing he is no longer struggling. Wayne was born in Stevens Point, Wisconsin to Helen and Ralph Steuck. He was the oldest of three rambunctious boys, and the stories he and his brothers told of growing up together are aplenty. These stories included drinking beer at the shack, working on the family farm, time spent with many cousins, and endless other hilarious yet terrifying tales. Wayne was a lefty and played first base on a county hard ball team until he got drafted. He also filled in on first base for the “Sadies and Jerrys” softball team in town. He graduated in 1965 from PJ Jacobs High School in Stevens Point, WI, was drafted into the Army and assigned to Ft. Sheridan, IL. This is where he was working as a military police officer, and was first spotted by his future wife, as she drove onto base with some girlfriends. A date followed after a bet from friends. Wayne and Wendy were married 4 months later. They recently celebrated their 54th wedding anniversary together. Wayne and Wendy lived near Ft. Sheridan, IL, where their oldest son Kenneth was born, lived briefly in Wisconsin, and then moved to OR where Michael and Cheri joined the family. Wayne later joined the Navy for three years and the family moved to California. After his three years were complete, they returned to OR to raise their kids. Wayne joined the Oregon Army National Guard in Corvallis and retired after serving 20 years. He also worked at OSU Housing and Dining Services, first in a warehouse, and then at McNary dining hall until his retirement. As empty nesters Wayne and Wendy enjoyed road trips together, including visits to Wisconsin, with favorite stops for Wayne at the Spam Museum and the Black Hills. They also traveled to Hawaii and made several trips to NC and FL to visit their kids and grandkids. Wayne’s grandkids fought over who was Bopas “favorite grandchild.” Spoiler alert-he loved them all and was equally as proud of each of them. His hobbies included trains, tractors, history, fishing, metal detecting, tinkering in his garage, eating KFC (his favorite!!), watching the Green Bay Packers, and sharing his wealth of knowledge with others, because he knew something about everything. He also had an impressive collection of Hawaiian shirts and wore them often. He could often be found talking to one of his brothers or his cousin Leif on the phone. Those were very special relationships to him. He was very patriotic and proud of his military service and made sure to attend the Veterans Day assemblies at his grandkids’ school each year. Wayne was a friend to everyone, and chances are good that if you had a conversation with him, he talked your ear off. He had a tough exterior, and the softest, most loving heart. Wayne is survived by his wife of 54 years Wendy, his children Kenneth, Michael, and Cheri (Dennis), his brothers Mike and Jim, numerous nieces, nephews, cousins, and other family members. He is also survived by his grandkids Ashley, Riley, Kennedy, Connor, Abbi, and Logan. Wayne was preceded in death by his parents Ralph and Helen Steuck. The family would like to thank everyone that played a part in loving and caring for Wayne over the past 4 years, no matter how big or small that role was. We also want to thank Misty who took exceptional care of him, made him laugh, and was always a bright spot in his day. A celebration of life will take place on September 18 at 2:00pm at 4 Spirits Distillery in South Corvallis. Please RSVP to Cheri at (541)207-4953

Wayne Ralph Steuck, 74 years old, beloved husband, father, Bopa, and friend to many, passed away on July 24th after a 4-year battle with pulmonary fibrosis. While we were not ready to let him go and miss him dearly, we take comfort in knowing... View Obituary & Service Information

The family of Wayne Ralph Steuck created this Life Tributes page to make it easy to share your memories.