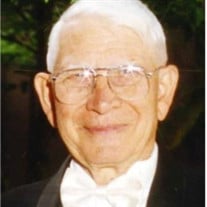 William was born at the Rotkreuzklinik in Würzburg, Germany to Carl Albert Stein, a career farmer, and Lina Baunach, an elementary school teacher for 14 years. In late 1923, the family emigrated to South Dakota, leaving Detter in Bavaria with arrival in New York on January 1, 1924, on the ship Mongolia. After interim employment in Sioux Falls, his family successfully farmed a 240-acre tract near Flandreau, South Dakota. In February 1929, seeking a milder climate, they moved to Oregon and purchased a 54-acre farm north of Dundee. After his father died in 1930, William helped his mother, and two younger siblings eke a living from the farm during and after the great depression. William's formal schooling started in 1928 at Bowden, a one-room grade school with 14 students, located at the southeastern edge of his family's farm in South Dakota. After many lost weeks moving to Oregon, he barely completed first grade at Dundee Grade School. There he attended both elementary and high school in the same large two-story building with just four classrooms, two grades held concurrently in each, on the main floor and high school classrooms upstairs. He was studious, particularly enjoyed botany class, played on the high school basketball team, and graduated in June 1939. He enrolled in Pacific College at Newberg, Oregon (now George Fox University) in the Fall of 1939 and graduated in June 1943 with a BS degree. While attending Pacific College, he lived at home and continued helping on the farm. He also participated in football and basketball and held part-time jobs including school bus driver and motion picture operator. As a draftee, his military service began at Fort Lewis, Washington in May 1943 where, after processing, he was assigned to the Army Air Forces. Basic training followed at Fresno Fairgrounds in California, and then a 5-month stint of Italian language studies in the Army Specialized Training Program at the University of California in Berkeley. In his primary assignment, he served as a member of a gunnery school cadre that taught the B-29 remote control gunnery system to new and veteran air crews at Alamogordo, New Mexico and Dalhart, Texas. He completed military service in February 1946 as a separation counselor in Greensboro, North Carolina. The GI Bill enabled him to study forestry at Oregon State College (now University) from 1946 to 1948. Building on previous studies, he completed a compressed schedule of courses to earn a BF Degree. He qualified for Federal employment and in May 1948 accepted an appointment on the Malheur National Forest at Seneca, Oregon. While at Oregon State, he met and courted Dorothy Ethel Palmblad; they married June 6, 1948. At Seneca, he served on a three-person crew marking timber for partial harvest on both Forest Service and private exchange lands. Three months later he transferred to a research assistant position on the Wind River Experimental Forest near Carson, Washington. Thus began a 41-year research career with the USDA Forest Service, Pacific Northwest Research Station. Three years at Wind River included installation of growth plots in the Wind River Natural Area, some timber sale preparation and several delightful intervals working with Leo Isaac on natural regeneration studies and with Donald Spencer on rodent control to reduce seed depredation. In 1951-1952, he earned an MF Degree at the Yale School of Forestry, then relocated to his new assignment in Roseburg, Oregon. Under the guidance of Lloyd Hayes, leader of the Siskiyou-Cascade Research Center, reforestation methods were compared, regeneration surveys made, and spot seeding investigated. Studies at Yale University in 1957-58, followed by a thesis project comparing the juvenile growth of 5 conifers in 3 field environments met requirements for a PhD in 1963. In June 1961, William accepted leadership of a newly formed Seeding, Planting, and Nursery Project based in Portland. For the next 13 years, he directed research on nursery practices, seedling quality, and stock comparisons. He also led the PNW Station's participation in the 1974 revision of the Woody Plant Seed manual by coordinating data collection, negotiating compiler assignments and contributing to and reviewing technical summaries for 63 species in 13 genera. In 1973, his project was transferred to the Forestry Sciences Laboratory in Corvallis, and soon merged with another. William then served as a senior researcher leading several long-term studies comparing reforestation methods. He authored major reports on these studies after retirement in 1990. William joined the Society of American Foresters in 1949, held leadership positions in the Umpqua-Coquille Chapter and later on several national committees. He was elected a Fellow in 1991. He contributed regularly to several technical committees affiliated with the Western Forestry and Conservation Association, particularly the Northwest Forest Tree Seed Committee. Scouting was his main community activity, serving 18 years as Scoutmaster in Tigard and Corvallis, and many more as an assistant and counselor. In 1969, he was awarded the Silver Beaver and in 1988 the St. George emblem. He also served as a member and chairman of a parochial school board, and on various committees in his church and neighborhood. Family outings centered on lake fishing, crabbing, and sightseeing. William is survived by his sister, Elizabeth Olds in Tigard, sons Clifford, Roderick, Bradford, Benjamin, Lawrence, Randolph, Nicholas, and Clarence Stein; daughters Kathleen Beachy, Margaret Reed, Patricia Gerig, and Charlene Stein; 27 grandchildren and 37 great grandchildren. His brother Carl Stein, and Dorothy, his loving spouse of 68 years, 7 months, 17 days, predeceased. Funeral, July 15, 2021, 11am, St. Mary's Catholic Church, 501 NW 25th St., Corvallis, Reception following at CH2M Hill Alumni Center (725 SW 26th St, Corvallis), Cascade Ballroom C.

William was born at the Rotkreuzklinik in Würzburg, Germany to Carl Albert Stein, a career farmer, and Lina Baunach, an elementary school teacher for 14 years. In late 1923, the family emigrated to South Dakota, leaving Detter in Bavaria with... View Obituary & Service Information

The family of William Ivo Stein created this Life Tributes page to make it easy to share your memories.

William was born at the Rotkreuzklinik in W&#252;rzburg, Germany to...