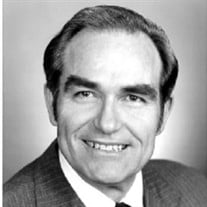 William Richard Rogers Jr. (Bill), 90, passed away peacefully on Dec. 4 at his nursing home in McMinnville Oregon. Bill was born Dec. 8, 1929 to William R. Rogers Sr. and Elva Rollins of Ben Wheeler, Texas. He was the oldest of 3 boys. Bill joined the US Marine Corp in February 1947 but was honorable discharged in April 1948. This was due to his request to enlist in the US Air Force. His reason was that he wanted to fly and the Air Force would be the place. He enlisted as an Airman to specialize as an airplane and engine mechanic. Bill met his sweetheart Mary Johnson while they both were serving in the US Air Force. They fell in love and on April 17, 1951 got married at one of her brother’s home in Spanish Fork, Utah. They were separated not long after that due to Bill having to serve a tour in the Korean War. Bill wanted to be part of an air crew so he went through Officer’s Candidate school and graduated. He went through flight school and became a navigator on many different planes. He went into the Air Force as an enlisted person and later became an officer. There is a name they called these enlisted to officer persons: A Mustang. Due to the military, Bill and family were stationed at Amarillo AFB, Texas; Lackland AFB, Texas: James Connally AFB, Texas; McCellan AFB, Calif.; Mather AFB, Calif.; Forbes AFB, Kan.; Lincoln AFB, Neb.; Plattsburgh AFB, NY; Dyess AFB, Texas; and Norton AFB, Calif. Along the way Mary and Bill met and became friends with many wonderful people. His best experience was in Nebraska. He loved bird hunting and had a great bird dog. Many a weekend he and family would spend time on farms enjoying his passion. Upon retirement, the family moved to their property at Vida to raise filberts and cattle. Never wanting to sit around, Bill served 3 terms as an Oregon State Representative. He then served 8 years as the East Lane County Commissioner in Oregon. After 25 years at Vida, Bill and Mary moved to Brookings (Harbor). They bought an ocean-going boat and spent much time fishing. During the time in Brookings, Bill worked with the Coast Guard Auxiliary and was a volunteer helper with the police department. After 15 years in Harbor, Bill and Mary moved to Corvallis to be near their children. After his wife’s passing, Bill moved into several retirement-assisted living communities. Due to a fall and a broken hip, his final days were spent living in a caring nursing home near his son. He was preceded in death by his wife, Mary; a son, Dennis Michael Rogers, who lived for 3 days; a brother, Jimmy Rogers, and his parents. Bill is survived by son Bill Rogers: daughters Kerrie Parrish and husband Kirk; Colleen Jager and husband Eric, and a brother, Ronnie Rogers and wife Gayle. He is also survived by three grandsons and granddaughters; Will Rogers, Troy and Melonie Parrish, Todd and Kim Parrish, and Roslyn Dutile; nine great grandchildren. Viewing will be 3-5pm, Monday Dec. 14 at McHenry Funeral Home, 206 NW 5th St. Corvallis. He will be buried with military honors beside his beloved wife, Mary at the Willamette National Cemetery, Portland, 11:30am, Tuesday, Dec. 15. Please leave condolences for the family at www.mchenryfuneralhome.com.

The family of William Richard Rogers Jr. created this Life Tributes page to make it easy to share your memories.