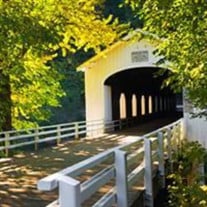 Victor Ledru White was born in 1937 in Tillamook, Oregon, to Iva Jean and Victor Ledru Sr. He passed away suddenly early on November 2, 2021. He is survived by his wife Gwen, his sister Barbara; daughters Lisa, Tracy, and Elizabeth; grandson Blake, and nieces and nephews in Oregon and Washington. His early years in Tillamook and later time in Corvallis during WWII gave him strong love and admiration for Oregon and for the Navy and Army greatest generation members of his family. He attended Corvallis High School and Oregon State University while hosting a radio show as a disk jockey and playing jazz as often as he could...a career that carried him to U. S. Army sites in Arizona, South Korea, North Carolina, Georgia and eventually to teaching broadcasting at the Defense Information School at Fort Benjamin Harrison, near Indianapolis, Indiana, where he and his family lived for 9 years. His joy at teaching recruits and their successes stayed with him after leaving the Army, and he enlisted again as a reservist trainer. Turning to computer technology at Purdue brought him back to Corvallis and OSU as a programmer on OSU’s mainframe and to the house where he lived then for 40+ years. During those years his intense interest in military history, specifically WWII, and the roles his family members played in the Pacific conflict became a primary focus, discipline and shared passion with family and students at OSU. His lifelong love of music was shared on Sunday mornings, a remembered best family time. He joined his Corvallis High School graduating class of 1955 in reunion through the years and was a Red Cross galloneer. Oregon State football focused his weekend interest. Father, husband, and grandfather, he was devoted to his family’s well being. Vic and Gwen’s 62-year marriage was an adventure in travel, camping, thunderstorms, tears of loss and pain, tears of joy, jazz concerts, awe studying Oregon geology, laughs, mutual interests in politics, and shared content enjoying Pacific sunsets. His loss leaves an empty place where there was warm welcome, decency and kindness. His memory will be honored by your support for our soldiers and the teachers of Oregon, and for the Samaritan Heart Center.

Victor Ledru White was born in 1937 in Tillamook, Oregon, to Iva Jean and Victor Ledru Sr. He passed away suddenly early on November 2, 2021. He is survived by his wife Gwen, his sister Barbara; daughters Lisa, Tracy, and Elizabeth; grandson... View Obituary & Service Information

The family of Victor L. White created this Life Tributes page to make it easy to share your memories.