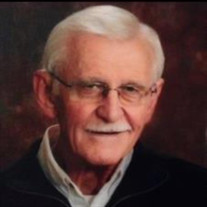 Ted E Anderson, of Corvallis, died on Monday March 28, passing peacefully, surrounded by family at OHSU hospital. He was 85. He was born on April 19, 1936 in Modesto, California and spent his youth there. An only child, he was doted on and... View Obituary & Service Information

The family of Ted E Anderson created this Life Tributes page to make it easy to share your memories.