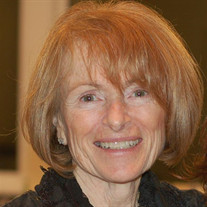 Shari passed away the morning of 15 December 2019 with her husband and daughter by her side. Shari was born on 12 January 1945 to Robert Houghton Dixon and Edna May Gluth in Toledo, Oregon. Shari graduated from Toledo high school, and then received her bachelors and masters degrees from Linfield College in 1967. After graduation she took a teaching position in Sacramento, California, later moving back to Corvallis and teaching at Cheldelin Middle School. Shari married Michael J. O’Brien in 1968 in Toledo, and had two children, Deon and Thad. They later divorced. Shari and Michael Maksud were married 28 August 1982 at the Corvallis Arts Center in Corvallis. Shari went back to teaching in 1991 at Turner Middle school, later returning to the Corvallis School District in 1999. She taught at Western View, Westland, Linus Pauling and CHS. She loved to teach. She is remembered by many of her students as an inspiration. Shari had a heart for service and a love of students. She advocated for a strong service learning component in the schools. In 2004, she received the Stellar Service Award from the school district. Shari was also a long time member of PEO, spearheading the Mo's Chowder Feed for many years. A patient and loving mother, Shari opened her heart and home to friends young and old. Her home was always filled with laughter and love of friends and family. Shari was passionate about learning, leadership, and service, and was a shining example of what she taught. She leaves behind a legacy of this work in her students, daughter and grandchildren. Shari was a beloved Nana to her grandchildren. Fun, creative, patient and loving, she never missed an opportunity to play with them, attend their activities, mentor sewing projects, dance in the kitchen, or snuggle up with a book or movie. Shari was preceded in death by her son, Thaddius JR O’Brien. She is survived by her husband, Michael G. Maksud; her daughters, Deon O’Brien Merten, Michelle Baylerian and Dawn Sagrillo; her sister, Patti Dixon Crisler and brother-in-law Allan Crisler; niece Casey Crisler Davis; and grandchildren: Alexae, Olivia, Solomon, Nicolas, Elizabeth and Isabelle, Marissa, Megan and Drew. A viewing will be at 5 to 6 p.m. Sunday, December 22, at McHenry Funeral home. A memorial Service will be held at 10 a.m. Monday, December 23 at St. Mary’s Catholic Church in Corvallis. Memorial contributions can be made in Shari’s name to Corvallis Public School Foundation or Lumina Hospice. Please leave condolences for the family at www.mchenryfuneralhome.com.

Shari passed away the morning of 15 December 2019 with her husband and daughter by her side. Shari was born on 12 January 1945 to Robert Houghton Dixon and Edna May Gluth in Toledo, Oregon. Shari graduated from Toledo high school, and then... View Obituary & Service Information

The family of Shari Gay Maksud created this Life Tributes page to make it easy to share your memories.

Shari passed away the morning of 15 December 2019 with her husband...