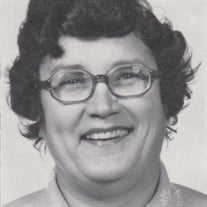 Mrs. Sally P. Bell, neé Papenguth, a longtime resident of Corvallis Oregon, died Saturday morning, July 25, 2020, at the Conifer House in Corvallis; she was 92 years old. She was an outspoken activist for women’s rights and city planning for livability. Sally Prue Papenguth was born May 30, 1928, in Indianapolis Indiana, Decoration Day, later known as Memorial Day. The Indianapolis 500 Race also ran on that date every year at the Indianapolis Speedway. When Sally was a little girl she thought the parade and flags were for her birthday. We always watched the running of the 500 on television for her birthday. In 1940 Sally’s family moved to West Lafayette Indiana, the home of Purdue University, where her father, R. O. Papenguth, had accepted the positions of professor and coach of the men’s swimming team. Sally grew up in West Lafayette and attended Purdue University earning a Bachelor of Science degree in Psychology. At Purdue she was a member of Kappa Kappa Gamma sorority, an honor student and elected to the scholastic honoraries Alpha Lambda Delta and Delta Rho Kappa, and swam for the Lafayette Swim Club. www.lafayettecountryclub.net/swim-team. Her main extracurricular activities were with the Purdue Drama Associations; she was on the Managing Board of the Purdue Playshop and treasurer of the Purdue Players. She did some acting but most of her involvements were on the crews building sets, designing costumes, etc. Working on the carpentry crew she meet Richard Bell, a civil engineering student, who would become her husband, two years later, on June 2, 1952, in West Lafayette. The first ten years of her life with Richard were spent moving about the country where they lived at twelve different addresses in seven states while Richard served in the Army and completed his education. During these years Sally’s daughters, Leslie and Cecily, were born. Their last major move was to Corvallis Oregon in 1962 where Richard had accepted a position as Associate Professor of Civil Engineering at Oregon State University. They made one last move, a year later, to NW Ponderosa Avenue near Wilson Elementary School. At that time this was the extreme northern edge of Corvallis and within months a farmer burned his wheat field just two blocks north of their new home which was quite an experience. Soon after settling in at NW Ponderosa, Sally noticed an announcement in the Gazette Times about some zone changes near Wilson School. She thought these were poor city planning and led to her involvement with a small group, mostly women, from the League of Women Voters protesting these zone changes. Thus began her extensive involvement in Corvallis City politics. Gradually this group expanded and formed Citizens for Corvallis, a non-profit organization, the purpose of which was to get city planning that considered livability. Sally was elected their first president. For a few years they simply lobbied the city council with few changes. After years of not seeing desired changes, Citizens for Corvallis successfully carried petitions to have a city election. The purpose of seeking the election was to make it easier for the average citizen to get elected thereby encouraging diversity on the council and planning commission. The election shortened council terms and changed the number of wards. During the ensuing years while Corvallis has experienced vigorous growth, the changed structure of the council has promoted an emphasis on livability resulting in Corvallis remaining a good place to live. Sally Bell deserves a share in the credit for this. Her activism continued for a few more years focusing on women’s rights, city planning for livability and the environment, she served on the Planning Commission, then retired from city politics for other pursuits. Sally’s main enjoyment was travel. She began traveling in the late fifties with Richard and her first born, who was less than a year old, using a borrowed tent and camp equipment. Despite the fact that it rained and the tent leaked that first trip, Sally and Richard enjoyed it enough they bought their own tent, camp stove, car top carrier and began a lifetime of travel and adventure. They explored every nook and cranny, and corner of Oregon. Later Sally expanded the range of her travels and visited 47 of the 50 states, several foreign countries in Scandinavia and Europe, eventually reaching destinations on five continents, including: China, Australia, New Zealand, Kenya, and Costa Rica. Sally was the foundation of our family, the motivator for us to be all we could be, and always did what she could for the benefit of others. She will be greatly missed and remembered always. She is survived by her husband of 68 years, J Richard Bell, PhD, Civil Engineering; daughter Leslie Reese Bell, PhD, bio-genetics, of Corvallis, OR; daughter Cecily Ruth Brown, of Scio, OR; granddaughter Sharra Bell; grandson Jeremiah Brown; and 3 great grandchildren. There will be no service. Sally will be interred at Oak Lawn Cemetery in Corvallis, OR. Please no flowers or gifts.

The family of Sally Prue Bell created this Life Tributes page to make it easy to share your memories.