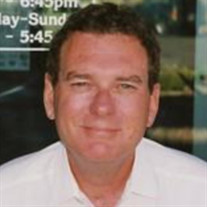 Richard Patrick Donovan, loving husband, father and grandfather, passed away on April 19th, in Corvallis, Oregon, at home with his wife Jeanny and his children, Hilary and Patrick. An energetic and vibrant 70-year-old, he had been diagnosed with cancer a few months earlier. Rich was a larger-than-life, funny, smart and irreverent Irishman. He spent his life serving people who were otherwise unseen and in need of care. He was well known for a compassionate spirit and quick wit. He spoke the truth to those more fortunate and comfortable when others remained silent. Rich was the first of eight children, born November 10, 1949, to the late Richard Patrick Donovan, Sr. and Renee Mary Graff Donovan in Omaha, Nebraska. His career began there at , Boys Town. As a young man, Rich moved to Idaho to continue working in Social services, including child protection, in Lewiston, Twin Falls and Boise. He served six years as statewide director of the Idaho Department of Health and Welfare, overseeing a broad array of public services and facilities to meet the needs of vulnerable citizens and to protect natural resources. Rich treated everyone he met with respect, from mail clerks to the governor. He was always approachable, with an uncanny ability to put people at ease in conversation on any topic. He developed a passion for political history and stayed abreast of politics on a global level, an interest his parents encouraged from an early age. He might have watched every World War II documentary ever made. On the lighter side, Rich loved music of the Big Band Era and from the '60s. Anything new.er wasn't worth listening to, so he thought. He loved to dance and had a beautiful singing voice, heard by few. He enjoyed his weekly "Old Man's" yoga class at Fitness over 50, with the comfortable companionship. Rich was a lifelong fan of baseball and was always disappointed when the season came to an end. He was a pitcher in his youth and an expert discussing the history and intricacies of the sport as an adult. He held season tickets to Oregon State Beavers' games for years. He knew most players by name and proudly followed them after they turned pro. It was work that brought Rich to Corvallis in 2003. He then became director of Community Outreach, Inc., a regional non-profit organization providing social services in the Willamette Valley. He felt "at home'' in Corvallis in every sense of the word and stayed on after he retired in 2011. Besides his wife Jeanny, Rich leaves his daughter and son►in•law, Hilary and Jesus Huerta of Portland, and his son and daughter-in-law, Patrick and Michelle Donovan of Seattle. Survivors also include four grandchildren, seven siblings. and a large extended family. A celebration of life gathering is planned for 2:00 pm, Friday September 17th, 2021 at McHenry Funeral Home chapel. If you wish to participate in the service via streaming, please use the following credentials at ZOOM. Meeting ID: 851 5968 9267 Passcode: 351975 Zoom Link https://tinyurl.com/2wnw2599 Please leave condolence messages for the family here on the website. Donations may be directed to the American Civil Liberties Union of Oregon: aclu-or-org/donate

Richard Patrick Donovan, loving husband, father and grandfather, passed away on April 19th, in Corvallis, Oregon, at home with his wife Jeanny and his children, Hilary and Patrick. An energetic and vibrant 70-year-old, he had been diagnosed... View Obituary & Service Information

The family of Richard Patrick Donovan Jr. created this Life Tributes page to make it easy to share your memories.