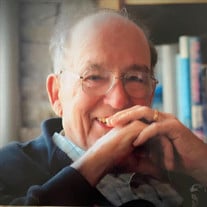 Raymond Francis Tucker June 17, 1934 – October 4, 2020 Raymond Francis Tucker, 86 died peacefully at home in Corvallis, OR at 8:08pm on October 4, 2020, on the Feast of St. Francis of Assisi, enveloped in the arms, love and songs of his children and his children’s children. Ray was born on June 17, 1934, the 5th child of a working cowboy and the local one-room schoolteacher. He spent his childhood in Sacramento CA graduating from Christian Brothers High School in 1952 and, in 1954, graduating from Sacramento Community College with an AA in Engineering. In 1954 Ray left Sacramento, hitchhiked to Reno NV. and enrolled in the University of Nevada Reno, graduating in 1955 with a BS in Civil Engineering. A superb athlete, Ray left all three academic institutions bemedaled with track and football honors. In 1955, serving as the best man for his best friend’s wedding, Ray fell head over heels for Geraldine Kennedy, the Maid of Honor, a feeling that proved mutual. Ray and Gerrie were married in January 1959 in a union that created seven children, fourteen grandchildren and six great grandchildren in a family that continues to grow. Ray spent four years in the US Navy Civil Engineer Officer Corps serving in Fallon NV and Portsmouth NH. Following discharge Ray worked for the State of California as a Senior Bridge Engineer assigned to the MacArthur Freeway Construction Project in Oakland CA. followed by assignment to the State Bridge Survey Team. In 1962 Ray was hired as the Project Engineer for the Gemini Space Ground Support Equipment Program. In 1966 Ray went to work for Boise Cascade Corporation and embarked on a long and very distinguished civil engineer career focused on safe construction and fire/disaster safety in recreational vehicles, mobile homes, and modular houses. In 2010 Ray retired to Corvallis OR where he became very active in Scottish Dancing, served on numerous boards at the Church of the Good Samaritan and generally enjoyed the culture of a small college town, the wondrous Oregon beauty and the opportunities to travel. The Benton County OR Habitat for Humanity was Ray’s enduring Corvallis passion. Ray was the Staff Civil Engineer and from 2012 to 2018 served on the Board of Directors. Ray often commented that work he did for Habitat for Humanity proved the most satisfying of a long and satisfying professional life. Ray proudly showed off their work to his kids, grandkids, and great grandkids. The last of his siblings, Ray was preceded in death by our mother, Geraldine Kennedy Tucker (1938-1989), his second wife, Marion Varey Tucker (m. 1996-1998), his grandson Jason and his son-in-law Anton. Ray is survived by his children: Craig and wife Elizabeth, Brian and wife Therese, Kari and husband Rick, Michael and wife Christie, Marybeth, David and wife Karen, James and wife Margaret; his grandchildren: Conor and wife Danae, Katy and husband Chris, Eilish and husband Ryan, Delaney, Isaac and wife Sarah, Rosie, Alex and fiancé Easton, Maddi and husband Jake , Michael Ray, Sarah, Dylan, Karoline, Kimberly; his great-grandchildren: Gwenni, Catriona, Artemis, Aislin, Clare, Caleb; and his wife Susan Smyth. In lieu of flowers or gifts please remember Ray with donations to the Benton County Habitat for Humanity or to your local Habitat for Humanity. Ray’s memorial service is 2pm PDT on October 8, 2020 at the Church of the Good Samaritan 333 NW 35th St. Corvallis, OR 97330. Family members and friends unable to celebrate Ray’s life in person are welcome to join a live stream: Here is the live stream link for Oct 8 at 2pm: https://youtu.be/Tjis4UySItI Here is a backup link if we lose connection to the original link. https://www.youtube.com/channel/UC9yQMHxgSmKiJ17OAOKNKhw (refresh channel page) At the wishes of our Dad his final journey home will be complete when we inter him with our mother in Colorado this December.

The family of Raymond Francis Tucker created this Life Tributes page to make it easy to share your memories.