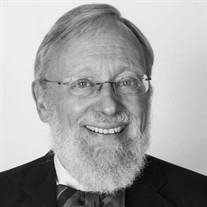 Paul Farber (77) passed away on November 28, 2021 after a brave eight month battle with pancreatic cancer. Born in Manhattan in 1944, he moved with his family to Uniontown, Pennsylvania in 1953. As a pre-med student at the University of Pittsburgh, he majored in zoology, but also took courses in history of science and philosophy of science. He received a Ph.D. in history of science from Indiana University in 1970, and accepted an assistant professor position in the General Science Department at Oregon State University that same year. He retired in 2008. At OSU Paul was a highly regarded teacher; he received the Carter Award for “outstanding and inspirational teaching” in 1976 and in 2003 the History of Science Society Hazen Award for outstanding contributions to the teaching of history of science. Paul was an unstinting mentor to numerous graduate students, many of whom went on to have impressive and successful careers. Though an administrator for nearly two thirds of his time at OSU, Paul succeeded in being a productive scholar in his field, authoring four significant and influential books and a multitude of articles, as well as editing four other books. His last monograph appeared three years after he retired. Likewise, he was active in his profession, serving as President of the Columbia History of Science Group, President of the History of Science Society, representative for history of science on the steering committee of the AAAS, and editor of several journals, chief among them The Journal of the History of Biology. Paul was a highly successful administrator. As acting director of the Humanities Development Program, he was chiefly responsible for acquiring the grant that resulted in the Center for the Humanities. As chair of the General Science Department, he oversaw the emergence of the Environmental Science program at OSU and the listing of history of science courses as humanities. Under Paul’s direction as chair, the History Department became the leading department in the College of Liberal Arts and the home of the Horning Endowment. A sign of the respect and admiration enjoyed by Paul is the fact that he was given the CLA Excellence Award in 1998 and was named Distinguished Professor (the highest faculty honor given in the institution) in 1993 and then again by the Alumni Association in 2002. In 1966, while still in graduate school, Paul married Vreneli Marti, whom he met in his senior year at the University of Pittsburgh. In 1976 their twins Channah and Benjamin were born. Paul took great pride in his children and adored his grandchildren. In his professional life, Paul was known for his natty bow ties; in his private life, for his exceptional martinis. He was simultaneously a Francophile and an Anglophile, having spent many enjoyable months in both Paris and London. Beaches, botanical gardens, museums, theatrical productions, and concerts all had a very strong appeal for Paul. He loved to read, and he read very widely, such that he was a source of information and opinion on many topics, and that made him an extremely interesting man. He was unfailingly kind and considerate and a man of considerable integrity. He was beloved for his keen wit and grand sense of humor. The world is diminished by his loss.

Paul Farber (77) passed away on November 28, 2021 after a brave eight month battle with pancreatic cancer. Born in Manhattan in 1944, he moved with his family to Uniontown, Pennsylvania in 1953. As a pre-med student at the University... View Obituary & Service Information

The family of Paul Lawrence Farber PhD created this Life Tributes page to make it easy to share your memories.