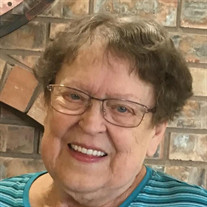 Oleta Gay Niderost died in Corvallis, Oregon on January 26, 2022. Oleta was born in Prineville, Oregon on April 25, 1944 to Joel and Dorothy Chambers. She joined three older sisters. The family soon moved to Payette, Idaho and one old-timer remembers Joel walking to his work accompanied by his four girls. Later Joel and Dorothy bought a corner grocery store in Sunnyside, Washington and the family moved there to an apartment above the store. The three oldest girls went to school so Oleta was left at home. To keep her out of trouble, she was assigned work-she sorted beverage bottles by brand and type so the beverage drivers she became friendly with could pick up their empty bottles. She claimed she had her first job when she was five and never quit working for 60 years. She graduated from Sunnyside Washington High School and Washington State University. She started her teaching career at Cascade Junior High School (later Cascade Middle School) in Sedro Woolley, WA in 1966, and remained there for 42 years teaching history and encouraging students to travel and learn about Washington and US history. As most teachers do, she loved teaching and interacting with her students. Oleta enjoyed camping outings with her family and the annual driving trips she and her mother took for Mother’s Day. Oleta moved to Corvallis, Oregon in 2015 to be closer to her mother and a sister. She fought a long battle against cancer, and lots of other illnesses. She was always ready with a joke and like she promised left this world laughing. She was preceded in death by her father Joel, sister Jewell McMorris, brother-in-law Gene and niece Jennifer. She is survived by her mother Dorothy, of Corvallis; sisters Jean Chambers, of Corvallis, and Beth Stevens (husband Richard); brother-in-law Tony McMorris; nephews, Len (wife Janice), Heath (wife Ika), and Bart (wife Annette) and niece, Julie (husband Todd); plus much loved great nephews and nieces and great-great nieces. Arrangements are being handled by McHenry Funeral Home, Corvallis, OR. At her request, there will be no services. Friends and family are encouraged to read a book instead. After her ashes are scattered at her favorite camping area, there will be homemade peach ice cream served for those in attendance.

The family of Oleta Gay Niderost created this Life Tributes page to make it easy to share your memories.