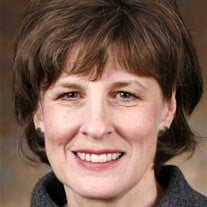 Nancy Kay Hiatt, 73, of Philomath, Oregon, died peacefully in her home on Monday, October 22, 2018. She was surrounded by family, her pet cat, Tog, and the loving wishes of friends and neighbors. Nancy was born to Rex and Mabel Wakefield in Cottage Grove, Oregon on May 11, 1945. Her family moved with the US Forest Service, until arriving in Corvallis, Oregon, where she graduated from high school in 1962. She attended the University of Oregon to study psychology, specializing in child development, and received her Master’s Degree in 1967. During this time, she married John Buckley, whom she met in high school. The two moved to Colorado where Nancy worked at Spanish Peaks Mental Health Center and later served as their director. Her research with children in the classroom then led to her position as director of the McClelland School. Following the early loss of her husband to cancer, Nancy later remarried David Hiatt in Pueblo. They moved to Oregon to be near her parents and the farm that her great-grandfather had settled in 1889. Nancy worked first at Old Mill School in Corvallis and then the Corvallis Clinic, starting in 1989. She earned her PhD from the University of Oregon in Counseling Psychology in 1990, specializing in children of divorced parents. During these years, Nancy was a busy mom and active in many committees at work, but still found time for gardening, skiing, knitting, traveling, and writing letters. Following her retirement, Nancy could be found helping with the birth of a calf at the farm or slaloming down the Colorado ski slopes at age 70. She dedicated much time to volunteering and to the deacons committee at the First Presbyterian Church. The highlight of her retirement travels was her trip to Africa with David in 2014. Nancy is survived by her husband, David, her sister Betty, her daughters, Jennifer and Kimberly, her step-sons, Michael, Jeff, and Chris, and her eight grandchildren, and four great-grandchildren. Services will be held at 1:30 pm Tuesday, November 6, 2018 at the First Presbyterian Church in Corvallis. In lieu of flowers, please direct any memorial donations to The GCS Project, ( http://gcsproject.org ) for cancer research in care of McHenry Funeral Home, 206 NW 5th St., Corvallis, OR 97330.

Nancy Kay Hiatt, 73, of Philomath, Oregon, died peacefully in her home on Monday, October 22, 2018. She was surrounded by family, her pet cat, Tog, and the loving wishes of friends and neighbors. Nancy was born to Rex and Mabel Wakefield in... View Obituary & Service Information

The family of Nancy Kay Hiatt created this Life Tributes page to make it easy to share your memories.