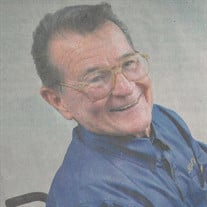 Milton E. Sedlacek was born on September 2, 1940 in Morrowville, Kansas to Victor and Neva Sedlacek. He passed away at home on March 25, 2022 from colon cancer with his wife Debbie at his side at the time of his death. At 6 months of age, it was determined Milt had spina bifida. His parents were told he would not survive past the age of 5. At the age of 7, the family moved from Kansas to Oregon to be close to Shriners Hospital where Milt had many surgeries. Milt was then told he would not live beyond 40 years of age. Milt’s strong will, stubbornness, and determination to prove the doctors wrong helped him live a full life to the age of 81 and a half years old, never letting a little thing like spina bifida get in his way. Milt graduated from Corvallis High School in 1959 and then went to work for Corvallis Dental Lab as a pick-up and delivery person. He worked his way up to become a highly respected dental technician. Milt and Debbie Dixon met at the lab in 1974 and married in 1980. Milt purchased the dental lab from “Big” Bud Volz in 1979 and continue to work and operate the lab for over 62 years until his death. He had many close friends in the dental community and will be greatly missed by everyone. Milt enjoyed many activities including hunting, fishing, driving his boat for water skiers, attending youth sporting events, basketball and baseball, and cheering on his nieces, nephews, and children of friends and neighbors. He sponsored several teams including CBA baseball and was a donor to American Legion Baseball. In the early 1970s, Milt, Jim Derrickson, and several other friends formed a band named Country Sunshine. They played for many years at many venues in Oregon, California, and Idaho. Milt had fond memories and enjoyed telling stories of that time. Milt is survived by his wife of 42 years Debbie, brother Rex (JoAnne), sister-in-law Pam Peck, nephew Adam Peck, nephew Steve Tate (Sherry), niece Vikki Fuhrman (Jason), nephew Vince Sedlacek, great-nephews Hunter and Noah Steele, and great-niece Kensley Sedlacek. He was preceded in death by his parents Victor Sedlacek and Neva Stueve and sisters Loretta Millicent and Doris Bishop. In lieu of flowers, donations in his name can be made to Shriners Hospital or Corvallis American Legion c/o McHenry Funeral Home, 206 NW 5th St, Corvallis, OR 97330. A summer celebration of Milt’s life will be announced at a later date.

Milton E. Sedlacek was born on September 2, 1940 in Morrowville, Kansas to Victor and Neva Sedlacek. He passed away at home on March 25, 2022 from colon cancer with his wife Debbie at his side at the time of his death. At 6 months of age, it... View Obituary & Service Information

The family of Milton Eugene Sedlacek created this Life Tributes page to make it easy to share your memories.