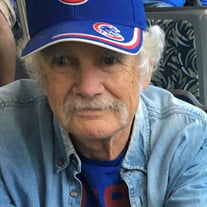 Michael Otto Creighton, 80, died peacefully on October 31st surrounded by loved ones. The second of three brothers, he was born in Waukegan, Illinois to James and Helen Creighton. He received his Bachelors from Cornell College, where he also met his beloved wife Susan. Otto, as he was known to many, got his PhD at Iowa State University and went on to teach Sociology at Oregon State, Colorado Women’s College, Northland College and Western Oregon State University. Otto made breakfast for his three children every day before school and also on weekends. His waffles were widely regarded as being among the best in the Pacific Northwest. He did the family laundry until the day he died, and was known to have strong opinions about how to pair socks. Otto was loyal and generous. He was always happy to help friends move house and strangers push-start a stalled car. Otto was a lifelong athlete. In college, he played basketball and ran track and cross country. In his thirties, he ran marathons. When his knees no longer allowed him to run, he cycled, hiked, and hauled grandchildren on his shoulders. He loved the open sky and the open road: the moors in Plymouth, England; the Mount Jefferson Wilderness; the Southwest; US Route 2 where it passes over the continental divide. People say he was gentle, but Otto was also stubborn when it came to his beliefs about justice and war. He helped organize the daily peace vigil outside the Benton County Courthouse beginning in 2001 and attended until his health no longer permitted. That is where you would find him most every day from 5 p.m. to 6 p.m. Otto loved books and ideas. He volunteered for years at the Benton County Library, and he never stopped reading widely and thinking deeply. Otto is survived by his loving wife of 58 years, Susan; their three children and spouses, Sarah, Mike, Kathy, Michael and Mridula; their grandchildren, Dylan, Dunnavan, Alexa, Surya, Akshay and Salima; and his two brothers, Tom and Jim.

Michael Otto Creighton, 80, died peacefully on October 31st surrounded by loved ones. The second of three brothers, he was born in Waukegan, Illinois to James and Helen Creighton. He received his Bachelors from Cornell College, where he also... View Obituary & Service Information

The family of Michael Otto Creighton created this Life Tributes page to make it easy to share your memories.