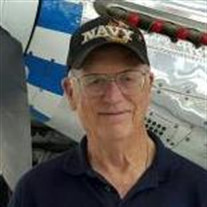 Merle was born in 1938 during the depression at his grandparent’s farmhouse between Wren and Kings Valley, Oregon. His parents were Timothy Clyde Woods and Eula Mary Bell Woods. They lived in logging camps before moving to Philomath in 1944. Merle graduated from Philomath High School in 1956, earning 11 varsity letters in four different sports. He joined the Navy in 1956 and met Jean while stationed in Corpus Christi, Texas. After serving four years in the Navy, they were married in Raymondville, Texas, on March 3, 1961. Their first child, Steve, was born in Harlingen, Texas, where they lived, until moving back to Oregon in 1962. Pam, Becky and Michael were born in Corvallis. Merle joined the Corvallis Police Department in 1964 and spent 26 years at the CPD serving as a Patrolman, Detective, and Commander of the first SWAT team after graduating from the FBI Academy in Quantico, VA. After retiring in 1990, he worked as a security guard, sold Christmas trees in Hawaii and a few other odd jobs. He was inducted into the Corvallis American Legion Post 11 Hall of Fame on December 30, 2008, serving as Treasurer, Chaplain and Honor Guard for many years. He was a Deacon at the Circle Church of Christ and actively served the Benton County community through clothing, holiday gifts and food basket drives. He played City League softball until he was 62, but hung up his cleats to be more involved in the lives of his grandkids. Merle was a supportive Grandpa, attending almost every game and event his grandchildren participated in. He had a love for animals, as well. He was devoted to God, his wife, church, family and country. One of his memorable memories was sitting in President Reagan’s desk during a White House visit and being told “not to touch the Jelly Beans" He will be missed by all who knew him.

Merle was born in 1938 during the depression at his grandparent&#8217;s farmhouse between Wren and Kings Valley, Oregon. His parents were Timothy Clyde Woods and Eula Mary Bell Woods. They lived in logging camps before moving to Philomath in... View Obituary & Service Information

The family of Merle E. Woods created this Life Tributes page to make it easy to share your memories.

Merle was born in 1938 during the depression at his
grandparent’s...