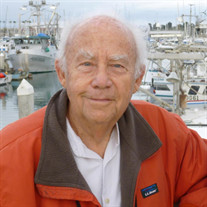 Dr. Melvin Greenblatt (September 25, 1929-September 22, 2021) was born in New York City. He graduated from The Bronx High School of Science in 1947, New York University in 1951 and Chicago Medical School in 1955. In 1969, he became a Professor of Pathology at The University of Nebraska’s Eppley Institute for Research in Cancer. At the time of his death, he was an Emeritus Professor of Pathology at Keck Medical School at the University of Southern California. Dr. Greenblatt’s contributions to medical science include a study of tumor angiogenesis, a study of mammalian microcirculation which led to the development of Avastin, a drug to prevent macular degeneration, and collaborative research on safer levels of nitrites in foods. He chaired a committee on Environmental Cancer for the College of American Pathologists. He was a member of the American Association for Cancer Research and the Pathological Society of Great Britain and Ireland. He served as a Captain in the United States Army. His work appeared in The American Journal of Clinical Pathology, the Journal of the National Cancer Institute, Microvascular Research, Nature and other journals. For many summers, he was a consulting physician for the Jewish Community of Chicago’s Camp Chi. His parents were Bernard and Gussie (Dorfler) Greenblatt. His uncle was Dr. Jacques Grunblatt, a family physician and author. His brothers were Irving Greenblatt and Dr. Arnold Greenblatt. Melvin was married to the late Estelle (Silverman) Greenblatt, a registered nurse and textile artist, for sixty-four years. He is survived by his daughter Beth Brody and her husband Edwin Brody of Wisconsin Dells, his son Dr. James Emmanuel Greenblatt and his wife Catherine (Fox) Greenblatt of Ashhurst, New Zealand and his son Dr. Jesse Freeman Greenblatt of Corvallis, Oregon. He is also survived by a step-grandson, Elliot Micah Brody, and four grandsons: Dr. Steven Greenblatt, Daniel Greenblatt, Noah Greenblatt and Isaac Greenblatt. He is fondly remembered by a niece, nephews and many friends. Avocationally, Melvin was a member of the Audubon Society and the Yacht Club in Ventura, California. He was also a lifetime member of the Sierra Club. In retirement, he was involved with volunteer work in Kenya, art and creative writing. The family wishes to thank New Horizons and Samaritan Hospital of Corvallis, Oregon for his care. Donations in his honor may be made to Doctors Without Borders. Please leave condolence messages for the family here on the website

The family of Melvin Greenblatt MD created this Life Tributes page to make it easy to share your memories.