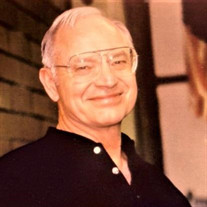 Melvin “Mel” Scott Judah passed away the evening of Tuesday, January 14th, 2020 at the age of 88 in the home that he built with his son, Eric, in Corvallis, Oregon. Mel was born on March 28th, 1931 in Nemaha County, Kansas, the son of the late Perry Judah and Dorothea (Johnson) Judah. He was raised in Kansas and later moved to Hillsboro, Oregon at age 10. Mel received his high school education at Hillsboro High School, where he later dropped out at the age of 16. Once he was of age, Mel served in the Army during the Korean War from 1950 – 1952 as a Private. He later received his college education at Oregon State College (now Oregon State University) where he earned his Bachelor’s degree in Geology, following with a Master’s in Education. Mel and Zenith Areline (Kiser) Judah were married on Easter Sunday, April 1st, 1956 in Hillsboro, Oregon. They celebrated their 63rd wedding anniversary April 1st, 2019. As newlyweds and throughout their marriage, they enjoyed fishing on the Rogue River, camping, taking trips to Carson City, Nevada to visit Mel’s sister, Lora, spending weekends at the coast clam digging with Zenith’s family and spending time with family and friends. Following their marriage, they resided in Forest Grove, Oregon and later moved to Corvallis, Oregon where they have resided ever since. Mel was hired by the Corvallis 509J School District upon graduation from OSU as a science teacher at Highland View Junior High in 1962. He taught at Highland View for 4 years and then transferred to Cheldelin Junior High School where he taught science for 24 more years until he retired in 1990. Following his retirement, he worked with his son, Eric, at Anderson’s Sporting Goods for 4 years as a gun specialist. Mel enjoyed duck hunting, fishing, clam digging, playing cards with his family, gardening, storytelling, canning, cooking, making homemade ice cream and most of all he enjoyed spending time with his family. Mel was proceeded in death by his parents, Perry and Dorothea Judah, by his brothers, Allen Judah, Tom Judah, Sam Judah, Louie Judah, Perry Judah Jr., by his sister, Lora Kalkwarf Lee and by his brother and sister-in-law, Robert and Marcia Dee Oriet. He is survived by his wife, Zenith Judah, his children, Kelle Judah, Eric Judah and wife Michaela Judah, his grandchildren, Marissa Addicott, Erica Judah, Sierra Rosas, Jenna Judah, great-grandchild, Jeffery Wegner and his brother and sister-in-law John and Lorraine Judah of Hillsboro, Oregon. Mel’s memorial service will be at McHenry Funeral Home on Sunday, February 16th, 2020 at 11am. A gathering will follow at El Sol de Mexico in Corvallis, Oregon. Please leave your thoughts, memories and any condolences for the family here on the website.

The family of Mel Scott Judah created this Life Tributes page to make it easy to share your memories.

Melvin “Mel” Scott Judah passed away the evening of Tuesday,...