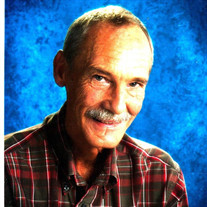 Marvin was born July 14, 1948 in Riverside, CA. As a military child, he moved where his father was stationed, including Mesa, AZ, Germany, and Portland, OR. Finally, the family settled in Port Orford, OR, where his parents had met, and had family living in the area. Marvin graduated from Pacific High School in Port Orford, OR in 1966. He then moved to Corvallis, OR and began attending Oregon State University. In June of 1973 he married, Cathryn Saari House. They had two children: Jennifer House Grim and Christopher House. Marvin worked for Willamette Industries for over 20 years. While working, he completed his Bachelor’s Degree in Science at OSU. Later he went on to get his Bachelor’s Degree in Math Education from OSU. Upon completing his degree he moved to Boardman, OR, where he got his first teaching job in Irrigon, OR. He taught middle school and high school math in the area for 21 years. During that time he completed his Master’s Degree in Math Education. He also taught at Blue Mountain Community College for over 10 years, and even taught math at the prison. He enjoyed coaching wresting & football, running the time clock at high school games, as well as camping, fishing, and golfing. Five and a half years ago, Marvin had a stroke, which led to the discovery he had cancer. At that time he began treatment for his cancer, which he battled for over five years. The oncologists gave him six months to live with no treatment, one year to live with treatment. He far exceeded his prognosis. He had more than a few hospitalizations over the years, and was often referred to as the man with “nine lives”. Marvin constantly fought battles that most of us would have succumbed to. His strength and love for his family kept him bouncing back to fight for more time to make more memories. In his later years, he enjoyed many trips to the coast with his family, day trips to his favorite camping and fishing spots, playing cards with his family, and going to the casino from time to time. He enjoyed going to Oregon State football and basketball games, and watching the Beavers and Mariners on television. He passed away on August 6th,2021 at the age of 73. Marvin is survived by his wife Cathryn House, of Corvallis, OR , and his children: Jennifer Grim & husband Shane Grim of Maricopa, AZ, and Christopher House, of Keizer, OR; along with his brothers: Curtis House & wife Janice of Port Orford, OR, David House & Dianna Furkin Ross of Apache Junction, AZ, and his sister, Annette House of Springfield, OR. He was preceded in death by his parents Marion and Lola House, and his brothers Archie (Lee) House and Tony House. A memorial service will be held at 1:00pm Monday, August 16, 2021, at McHenry Funeral Home in Corvallis. The burial will take place at Oak Lawn Memorial Park, following the service. Family and friends will gather for a celebration of life following the services. Memorial donations may be made to the American Cancer Society at: https://secure.acsevents.org/site/TR/Events/MosaicofHope?pg=fund&fr_id=9910&pxfid=2589944

Marvin was born July 14, 1948 in Riverside, CA. As a military child, he moved where his father was stationed, including Mesa, AZ, Germany, and Portland, OR. Finally, the family settled in Port Orford, OR, where his parents had met, and had family... View Obituary & Service Information

The family of Marvin Leroy House created this Life Tributes page to make it easy to share your memories.