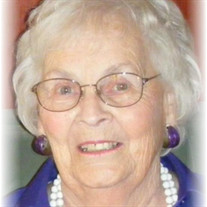 Martha Ellen Burkhart passed away peacefully January 10th 2020 with her husband at her side in Corvallis, Oregon. She was born Martha Ellen Stiles on 9/7/31 in Tulsa, Oklahoma to Bruce and Gladys Stiles. Attended Tulsa University, where she was a member of Kappa Kappa Gamma sorority that continued until her death. She moved to California in 1952 to join a girlfriend in a train of soldiers which she loved. She worked for a prominent pediatrician for 15 years whose patients included Cary Grant’s daughter, John Wayne’s grandchildren, and Frankie Avalon’s children. Martha traveled several times to Europe, her first trip taking her daughters ages 11 and 15 for six weeks. While in Ireland, they watched the first moon landing in the home of an Irish policeman and his family. Martha had a strong faith and was a member of the Encino Presbyterian Church for thirty years, where she served as a Deacon, Elder, and choir member. She continued this service when she moved to Yachats with her second husband Rev. Jacob Wendell Beck where she also served as occasional wedding hostess. They traveled to the World Church Council in Vancouver, Canada in 1983, meeting Nelson Mandela. Her love of flowers led her to naming two irises at Cooley Gardens in Silverton, Oregon. For sixteen years she and Wendell entertained musicians and guests from around the world at the Yachats Music Festival in their home. Love of chocolate, card games, and dogs enriched her life. Twelve dogs were lucky enough to be loved by her. Meeting her third husband, Rolf Burkhart in Cardiac Rehab, and marrying him in 2013, at the Presbyterian Church of Corvallis, the fun began again. Martha is survived by her husband Rolf, daughters Lexey Patella, husband John, Judy Reichardt, and grandsons Tom, Chris, and Andrew; also stepdaughters Ramona and Angela and their families. Martha will be missed by all who knew her for her fun spirit and vivacious personality. A memorial service is scheduled for Sunday, January 19, 1:00 p.m. at the First Presbyterian Church in Corvallis Donations are suggested to Evergreen Hospice, or National Parks Conservation Association.

Martha Ellen Burkhart passed away peacefully January 10th 2020 with her husband at her side in Corvallis, Oregon. She was born Martha Ellen Stiles on 9/7/31 in Tulsa, Oklahoma to Bruce and Gladys Stiles. Attended Tulsa University, where she... View Obituary & Service Information

The family of Martha Ellen Burkhart created this Life Tributes page to make it easy to share your memories.