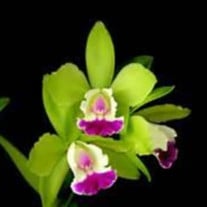 On December 31, 2020 Jean Hendrix Russell moved from this earth to her new home in heaven. She was able to be surrounded by family as she comfortably departed. Born December 14, 1928 in Vancouver, WA, Jean was the only daughter of Frank and Lucile Lowry. She had two older half-sisters, Althea and Genevieve. The family lived in Newport, OR for a short time and when Jean was 6 years old, they purchased a small farm in Alsea, OR. Jean attended Alsea Public Schools and graduated from Alsea High School in 1947. After graduation Jean attended Modern Beauty College in Salem, OR, fulfilling her dream of becoming a hair dresser. During her time in Salem she also worked in a cannery. She married her high school sweetheart, Harley J. Hendrix of Alsea on April 28, 1949 in Reno, NV. They were married 56 years. After a few years of being a wife and mother she decided to make her hair dressing dream a reality. In 1962, after her youngest daughter started school, she and friend Fay Atkinson became business partners when they opened Fa-Jean's Beauty Salon in Alsea, OR. She continued to operate the beauty shop for many years even after Fay moved away. After Harley's passing in 2005 she married Leroy Russell. They were married for 12 years at the time of his passing. Her many hobbies and activities included playing the piano, gardening, travel, and painting. She set goals for herself and always felt that you could do anything you wanted if you wanted to do it bad enough. She and Harley traveled extensively around the US and well as other parts of the world. She and Leroy also enjoyed traveling. She got the greatest enjoyment from being with her grandchildren and great grandchildren and attended as many of their school activities as she could. Regardless of how the grandchildren and great grandchildren became part of the family she loved and supported them all the same. She was active in the Lobster Valley Church of Christ. Jean is survived by three of her four children; Jeffery (Donna) Hendrix of Nampa, ID., Rodger (Ann) Hendrix and Holly (Tad) Olsen all of Alsea, OR. Daughter Terri (Dave) Gammon of Alsea, OR passed away in 2010. She is also survived by her half sister Genevieve Morris of Rancho Palos Verdes, CA, as well as numerous grandchildren, great grandchildren, nieces, nephews and many friends. While Jean’s physical presence will be missed greatly, the heritage she has passed on to each of us will remain. Through her actions she demonstrated her love of family, her faith in the Lord Jesus Christ, her persistence, determination, and hard work ethic. Even in death she will be of service to the students at Western University of Health Science through her desire to donate her worldly body for the advancement of medicine. No services are planned. If you desire, donations in Jean’s name can be made to the Alsea School District P.O. Box B, Alsea, OR 97324 to help support the many activities in which her children, grandchildren and great grandchildren participate, the Lobster Valley Church of Christ, or a charity of your choice.

On December 31, 2020 Jean Hendrix Russell moved from this earth to her new home in heaven. She was able to be surrounded by family as she comfortably departed. Born December 14, 1928 in Vancouver, WA, Jean was the only daughter of Frank and... View Obituary & Service Information

The family of Marian Jean Hendrix-Russell created this Life Tributes page to make it easy to share your memories.