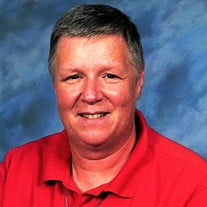 Marian Ely, 74, of Corvallis, died Monday, July 19, 2021. She was a singer, soldier, writer, cook and lay preacher. Marian Marguerite Ely was born Dec. 12, 1946, in Portland, Oregon, the daughter of Ralph Charles Ely and Marguerite Rockefeller Ely. She attended Oak Grove Grade School and Milwaukie High School. She graduated from Oregon College of Education in Monmouth in 1969, took classes in Culinary Arts at Linn-Benton Community College in the early 1980s and graduated from LBCC with an Administrative Secretary Associate of Science Degree in 1988. She took summer courses in religion at Claremont Graduate University in Claremont, Cal. in the early 2000s. Marian enlisted in the U.S. Army and served from 1974 to 1981, becoming a sergeant in 1978.During her years in the army she was based near Heidelberg, Germany, and at Fort Eustis,Virginia. She performed around Europe with the Seventh Army Chorus during her tour of duty in Germany. Her cooking experience included fraternities, summer camps and assisted living residences. She was employed as a secretary by the U.S. Forest Service in Corvallis and U.S. Veterans Administration at the Seattle VA Medical Center. After retiring in 2008, she returned to Corvallis, where she wrote six books. In addition to a book incorporating letters to her brother Alan about her experiences in the Army, she wrote three books of short stories with Christian themes, a book of humorous short stories about a fictional senior community, and a novel, The Island, set in an island near Italy. She sent occasional letters to the Corvallis Gazette-Times. She attended several Methodist, Episcopal and Catholic churches over her lifetime, singing in choirs, and, at the Episcopal Church of the Good Samaritan in Corvallis, serving as a lay preacher for a time. Marian is survived by her brother and sister-in-law Alan Ralph Ely and Barbara Faye Ely of Milwaukie, and many friends across the country. Arrangements were made by McHenry Funeral Home in Corvallis, with interment at River View Cemetery in Portland. A memorial service in Corvallis and graveside service in Portland will be held at a later date. Memorial contributions may be made to Oregon Public Broadcasting, the USO (United Service Organizations) and the American Cancer Society.

The family of Marian Marguerite Ely created this Life Tributes page to make it easy to share your memories.