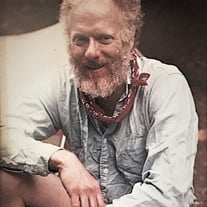 Lytton Alden Kendall was born March 26, 1936, in Minneapolis, Minnesota to Lytton A. Kendall and Blanche Lenora Keller. He died of Parkinson’s disease at Evergreen Hospice House in Albany, Oregon on April 16, 2021. He graduated from St. Louis Park High School in 1955 and received a BS in Mining Engineering in 1960 from the University of Minnesota. He worked as an engineer, then earned an MS in industrial engineering (Iowa State University) and PhD (Ohio State University). In 1971, he received a Fulbright Fellowship, which took him and his young family to Kandy, Sri Lanka as a Professor of Industrial Engineering at Peradeniya University. During his long career he taught and conducted research at Washington State University (Pullman) and Michigan State Technical University (Houghton), finishing his career as the Department Chair of Industrial Engineering at the University of Minnesota (Duluth) from 1990-1998, retiring in 2003 and continuing as Professor Emeritus. He worked with a wide variety of industrial companies on production design problems and was involved in early research in artificial intelligence, which included a year of teaching and research in Japan, at the Kanazawa Institute of Technology. He loved folk music, and played guitar and mountain dulcimer. He was an avid canoeist, hiker, and fly fisherman. His home renovation projects were epic and repairs on various Volkswagens were inspirational. He and his wife Evelyn went on multi-day bicycle tours long before such trips were popular. Alden was devoted to his family and loved their company, especially in the outdoors. He particularly loved the Boundary Waters, where he canoed for over 50 years. His home on Park Point in Duluth was a joy to visit. He was a good father, a good husband, a good teacher, and a very good man. His focus in life was creating opportunities for others. He was predeceased by his parents, his wife Evelyn Timm, his brother-in-law James Roles and sister-in-law Nancy Nisser Kendall. He is survived by former wife, Tessa Bennion and their three children, Keller Elizabeth (Denis Green), David Robert (Michiko Sakai) and Michael Alden (Robyn DesHayes), step-children Steve Timm (Sue) and Leslie LoPresto (Gary), grandchildren Tom, Joelle, Spencer, Emily, Maya, and Tia, and great-grandchildren Rowan, Mina, Myles, Mason, and Liam, and by his siblings, Jeanne Roles, Marcia Ziemes (Robert), and Calvin (Jackie). Donations in his memory can be made to Wild Ones (https://wildones.org/donate/) or to Evergreen Hospice House Endowment Fund

Lytton Alden Kendall was born March 26, 1936, in Minneapolis, Minnesota to Lytton A. Kendall and Blanche Lenora Keller. He died of Parkinson&#8217;s disease at Evergreen Hospice House in Albany, Oregon on April 16, 2021. He graduated from St.... View Obituary & Service Information

The family of Lytton Alden Kendall created this Life Tributes page to make it easy to share your memories.