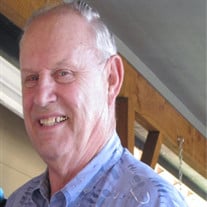 Larry Allen Cook - January 22, 1945 - April 16, 2021 In the early evening hours of April 16th Larry left his home on Nashville Rd. to enter his eternal rest in heaven. His death was unexpected and was not due to Covid-19. Larry was born to... View Obituary & Service Information

The family of Larry Allen Cook created this Life Tributes page to make it easy to share your memories.