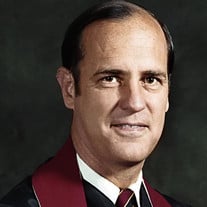 “...And what does the Lord require of you, but to do justice, love kindness and to walk humbly with your God…” Micah 6:8 The Reverend John Davison Dennis passed away peacefully on September 4th, 2019, surrounded by family. In his time, he touched thousands of lives across our fragile planet - in good times and bad - worked tirelessly for social justice, extended compassion, and was always there for family, especially his wife of 52 years, Nancy Schumacher, who passed away five months before he did. Born in 1937 to John Wellington and Helen Davison Dennis, John grew up in Pittsburgh’s Squirrel Hill. A nationally ranked tennis and squash champion at Shadyside Academy and Wesleyan University, John was active in campus leadership and planned to return to the family’s business after graduation. Then, his senior year, plans changed dramatically when the Director of the Honors College, who had famously stood up to Joseph McCarthy, pulled him aside and challenged him to live his life dedicated to others. Shortly afterwards, John enrolled at Princeton Theological Seminary. John and Nancy were married in St. Louis in 1967, and two years later moved to Corvallis, Oregon where John was called to be the Senior Pastor of the First Presbyterian Church. Over the next four decades there, he and Nancy raised their two sons and a succession of questionably behaved West Highland White Terriers. The pastoral care he quietly provided spanned generations: baptisms, weddings, interventions, counseling, funerals, hospital visits, celebrations. Every late-night phone call was answered. He was a spiritual shepherd and deliverer of hope to a much-loved congregation and community. John had special gifts of being there when it mattered most and of connecting with people in a personal way without judgment or reservation. The new Dennis Hall at First Presbyterian Church in Corvallis stands in honor to all he and Nancy gave to the community. To do justice, he relocated his family to South Africa in 1978. There, he contributed to the Sullivan Principles, which directed economic pressure on South Africa to help end apartheid, plus was detained in Algoa Park Prison where Steven Biko had been killed months earlier. In ensuing years, John led peacemaking trips to the Middle East, Northern Ireland, and “Iron-Curtain”-era USSR. The latter trip with the church choir included a visit to Corvallis’ sister city, Uzhgorod, Ukraine; John was a leader in establishing the Corvallis Sister Cities Association. True to his Eagle Scout heritage, John was active in many community organizations - including the Corvallis Rotary, Madison Avenue Task Force, and Ecumenical Ministries of Oregon - and in 1988 he ran for U.S. Congress. A visit to Cambodia in 1994 with his college roommate led John to a life-long mission to help a country recovering from years of genocide, war, and landmines. His efforts provided over 2,000 prosthetic limbs for children whose arms and legs were lost to landmines. John is survived by his loving sister Helen, his devoted sons Michael and Andrew, their wives Allison and Rebecca, and four grandchildren Leif, Harriet, Roselyn, and Frederic, who was born on John and Nancy’s 50th wedding anniversary. His legacy and his challenge to us are reflected in a poem, which John recited often, by the Swiss philosopher Henri Frederic Amiel: Life is short and we have not too much time to gladden the hearts of those who travel the way with us. Oh, be swift to love. Make haste to be kind. A memorial service will be held at 1:00 p.m., Saturday, October 12, 2019, at The First Presbyterian Church, 114 S.W. 8th St., Corvallis, OR. In lieu of flowers, memorial gifts can be sent to Ecumenical Ministries of Oregon (EMO), an organization that held a special place in John’s heart, bringing diverse communities of faith together to create a more just, compassionate, sustainable, and peaceful world. John served as board president and supported their mission to his last day: https://emoregon.org

&#8220;...And what does the Lord require of you, but to do justice, love kindness and to walk humbly with your God&#8230;&#8221; Micah 6:8 The Reverend John Davison Dennis passed away peacefully on September 4th, 2019, surrounded by family.... View Obituary & Service Information

The family of John Davison Dennis created this Life Tributes page to make it easy to share your memories.