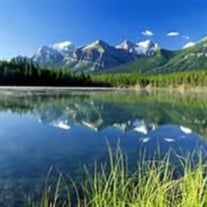 John spent his final months in the comfort of his home with his wife and children by his side. John was born in Corvallis, Oregon to Milford Ross Archibald and Virginia Ida Woosley Archibald when the family was living in Yachats. In 1943, the family moved to the Willamette Valley, settling between Marion and Turner. He graduated from Cloverdale Elementary School near Turner in 1950. His first year of high school was at Cascade Union High School, a newly built 4-year school unionizing Turner and Aumsville. John finished his high school education at Medford Sr. High in 1954, and in 1955 he married his high school sweetheart, Jo Carol Kenney. John continued his education at Oregon Institute of Technology majoring in machine tool technology. In 1957, he moved his young family to Livermore, California and began his professional career at the Lawrence Livermore National Weapons Laboratory where he worked with several mechanical engineering sections. He also spent considerable time on field operations in the Pacific Ocean as well as the Nevada Desert Testing Grounds. In 1965, John moved his family back to Oregon and settled in Corvallis where he had a distinguished tenure at Oregon State University, College of Science, Departments of Physics (9 years) and Chemistry (21 years) where he maintained and managed all functions of the college's machine shop, designing and manufacturing complex, scientific instrumentation, some of which is still in operation today. He retired from the university in 1995. John and his wife, Jo were married for 65 years. They proudly raised 3 children- Max R. Archibald, Sheryl Archibald Hagelstein, and Kristle Archibald Agran. They have 3 grandchildren- Hailey, Tara and Brent, and 3 great-grandchildren- Emersen, Avery, and River. He was one of 5 siblings, Pete and Jim (both deceased), Glen, John, and Phyllis, and extended family members include many nieces and nephews. John was a great admirer of the Oregon landscape and enjoyed the quiet solitude of fishing in the freshwater rivers and lakes and crawdads along the Alsea River, clamming on the Oregon coast, and canoeing in many favorite lakes while camping with his family in the glorious Cascades. In addition to enjoying excursions outside of the Willamette Valley, he was an avid gardener and landscaper and spent countless, dutiful hours maintaining his property and caring for the many varieties of roses he lovingly grew for his wife. At John's request, there will be no public service. At a later date, the family plans to disperse his ashes somewhere in glorious nature where he will forever be a part of his cherished state of Oregon. Please leave condolences for the family at www.mchenryfuneralhome.com.

John spent his final months in the comfort of his home with his wife and children by his side. John was born in Corvallis, Oregon to Milford Ross Archibald and Virginia Ida Woosley Archibald when the family was living in Yachats. In 1943, the... View Obituary & Service Information

The family of John Melvin Archibald created this Life Tributes page to make it easy to share your memories.

John spent his final months in the comfort of his home with his...