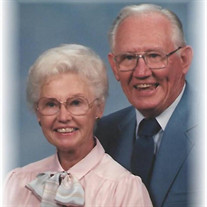 On Sunday, June 6, 2021, Jean Frances Phipps peacefully passed away, surrounded by family and loved ones. She was 98 years old. Jean was born in 1922 to Nina and Thomas J. Strickland in Rock Island, Ill. Her long and storied career as a nurse took her from Rock Island to Chicago, Texas, California, and finally Oregon. In every place she lived, she cultivated friendships she would treasure through all the years to come. Jean graduated from Rock Island Sr. High in 1940 and attended three-year nursing school at Ravenswood Hospital in Chicago, moving from a town of 42,000 to a city of 3.4 million with plenty of courage and pluck. After Jean graduated with an RN degree in 1943, she went on to become a surgical nurse, and work in private duty, as the Assistant Director of Nurses at a convalescent hospital, and for the Infantile Paralysis Foundation. While working in Rockford, Ill., during a polio outbreak, Jean met Captain J.K. Phipps, who was stationed at the nearby Camp Grant. The two fell in love and married on August 5, 1946, 5 days after July 31 - which was both their birthdays! They spent 62 happy years together, living in Marshall, Texas, Rock Island, Ill., Anaheim, Calif. and Corvallis Ore. While in Anaheim, the two grew their family with the addition of their daughters. After retirement, Jean and J.K. followed them to the Pacific Northwest, where they got to spend plenty of time with their grandchildren. Jean and J.K. were also avid travelers and crossed the world during their time together. But Jean never let her adventures get in the way of what she truly treasured- her many friends, her family, her church, her patients, and her community. In her spare time, she enjoyed reading, baking (and everyone who knew her enjoyed her baking as well!), and handwork. She was a member of the Methodist Church, OSU Extension Group, Friday Study Club, DAR, and PEO. When asked what she wanted to be remembered for, Jean said her sense of humor! Jean's husband preceded her in death, and she is survived by her daughters, Linda, Vicki, and Elaine, her son-in-law Karl, her granddaughters Netra, Laurel, and Anna, her grandson-in-law Raj, and her great-granddaughter (and the apple of her eye) Anita. Jean's service and memorial will be held at the First United Methodist Church at 1165 NW Monroe Ave, in Corvallis on Wednesday, June 16 at 11am. Cards and condolences can be sent care of the McHenry Funeral Home at 206 NW 5th St, Corvallis, OR 97330. She will be buried beside her beloved husband at Oak Lawn Cemetery. Memorials may be made to Safe Haven Animal Shelter in Albany, OR.

On Sunday, June 6, 2021, Jean Frances Phipps peacefully passed away, surrounded by family and loved ones. She was 98 years old. Jean was born in 1922 to Nina and Thomas J. Strickland in Rock Island, Ill. Her long and storied career as a nurse... View Obituary & Service Information

The family of Jean S. Phipps created this Life Tributes page to make it easy to share your memories.