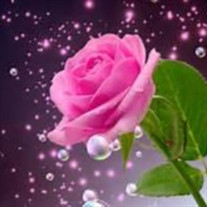 Janet Lee Cornwall November 26, 1935 – October 29, 2021 Born 1935 in Houston, Texas, Janet was raised by her parents Dr. and Mrs. Hub E. Isaacks. Her father was a Captain in the Navy during World War II. As result, Janet attended 14 different schools by the time she was 9 years old, and the war ended. From that time, she resided in Fort Worth, Texas and graduated from Arlington Heights High School in 1953 where she was a member of the National Honor Society and Young Life. Janet attended Hollins College in Virginia for one year, and then the University of Texas where she received her Bachelor of Arts degree in 1957. She was a member of Kappa Alpha Theta Sorority. Janet was an avid golfer and won the Fort Worth City Junior Women’s Championship when she was 14 years old. In later years, she was President of the Rivercrest Country Club’s Women’s Golf Association and President of the Fort Worth Country Club Women’s Golf Association. Janet married Harry Lee Wood of Corpus Christi, Texas in 1957, and the couple resided in Fort Worth until his death in 1986. Janet was an active member of All Saints Episcopal Church. She was a volunteer at All Saints Episcopal School for many years. Her three children were baptized and confirmed at All Saints. Janet was an active member of the Episcopal Church Women, serving as president more than once, and was a member of the Daughters of the King and the Guild of All Souls. Janet was an active member of the Junior League, the Assembly, and the Jewel Charity Ball, all of Fort Worth. She was also a member of the Daughters of the American Revolution. Janet married Tim H. Cornwall (originally from Midland, Texas) in 1990. The couple lived in Dallas, Texas until they built their retirement home on Richland Chambers Lake in 2002. Janet and Tim moved to Corvallis, Oregon in 2012 to be near her daughters. Janet and Tim were active members of the Episcopal Church of the Good Samaritan where she was instrumental in starting their chapter of the Daughters of the King in 2016, the Good Samaritans. She is survived by her husband, Tim Cornwall, her sister, Margaret Lee Isaacks of Houston, Texas; her three children, Hub Lee Wood and wife Brenda of Houston, Texas, Donna Wood Williams and husband Locke Williams, and Wendy Lee Wood and wife Stacy Lebar of the Corvallis-Philomath area; Tim’s children David, Christopher, and Craig Cornwall and his wife Patricia of Texas; and twelve wonderful grandchildren and four precious great grandchildren. Memorials may be sent to your favorite charity, to the Daughters of the King national office, or to the local chapter of DOK at the Episcopal Church of the Good Samaritan, Corvallis, OR.

The family of Janet Lee Cornwall created this Life Tributes page to make it easy to share your memories.