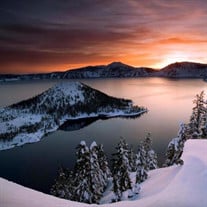 Jack was born in Chicago, Illinois on April 17, 1935 to Bernice and Jack Barrow. He was raised in Inglewood, CA. Jack graduated from Northrup Institute of Technology in 1955, and was subsequently hired by North American Aviation (NAA). Jack also completed additional studies at San Jose State. He worked in primary flight controls & ground support for aircraft used in the Korean War conflict, such as the F-86 and F-100. Jack also had the opportunity to work on the manned X-15 rocket ship. He also did work at NAA's Rocketdyne division, on the Atlas rocket engines used to put the first man on the moon. Jack, Dee & Pam, their first child, subsequently moved to the bay area in CA. He was hired by the Lockheed Missiles & Space Co., where he worked on the Polaris program (underwater missile launch from a submarine.) Their son Todd was born in 1964, just before they moved to Corvallis to start the Jack & Jill Nursery on Ninth Street. Jack considered Oregon “Gods Country”. During that time, Jack began his career with the City of Corvallis. He held many engineering positions during his 25+ years with the City. He worked primarily on transportation & parking issues and community street lighting. He managed the Corvallis Municipal Airport & Industrial Park for about 15 years until his retirement in 1998. Jack enjoyed working with people and solving difficult issues that would be agreeable to the citizenry and the city. Jack was active in the Oregon Airport Managers Association and the Rotary Club of Greater Corvallis. He was very active in the church while they were members of the Lutheran Church. He held elected positions of elder, head elder and was trained as a Stephen Minister. Jack had a profound love of God and family, and was an inspiration to many who knew him. Jack's wife, Dolores, of almost 54 years, preceded him in death in 2011. He is survived by his daughter, Pam Hardison (Dave) of Bremerton, WA; his son,Todd Barrow of New Braunfels, TX; Grandchildren Matthew, Rebecca and Sarah Hardison, and Great-Grandchildren Elijah, Elayna, Jack and Joanna. Jack is also survived by two brothers; Bob Barrow (Joyce) of Sacramento, CA and Tom Barrow of Cypress, CA. A Celebration of Life Service will be held at a future date, still to be determined.

Jack was born in Chicago, Illinois on April 17, 1935 to Bernice and Jack Barrow. He was raised in Inglewood, CA. Jack graduated from Northrup Institute of Technology in 1955, and was subsequently hired by North American Aviation (NAA). Jack... View Obituary & Service Information

The family of Jack Anderson Barrow created this Life Tributes page to make it easy to share your memories.