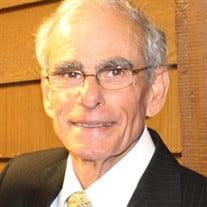 Dr. Irwin Alan Horowitz of Corvallis, Oregon died on December 23, 2019 in Corvallis. He was born in Manhattan, NY, and grew up in Brooklyn, NY with his parents Charles Horowitz and Betty Weisberg Horowitz. He graduated from Stuyvesant High School and earned his BS and MA degrees from Brooklyn College. In 1966, he received his PhD in Social Psychology from Michigan State University. At Michigan State, Irv wrote his dissertation on the personality correlates of socially responsible behavior. After earning his Ph.D. in 1966, he accepted a faculty position in the Psychology Department at the University of Toledo, where he taught for twenty-eight years as a professor. In 1994, he became a professor of social psychology at Oregon State University. He retired from OSU as an Emeritus Professor in 2007. During his early career, Irv worked on the situational determinants of altruistic behavior. For example, he showed that situations which allow for increased freedom of choice make it more likely that a person will make a socially responsible decision. In the late 1970s, his interests shifted to the study of psychology and the law, which would be the focus of his research for the rest of his career. He studied how juries made decisions, mostly using mock juries presented with elaborate trial simulations. One major topic was jury nullification, a little-known mechanism by which the jury is allowed to disregard both the law and the evidence and acquit defendants who have violated the letter, but not the spirit of the law. He showed, for example, that providing explicit instructions about the nullification power changed the way juries deliberated, leading them to lean more heavily on personal experiences and the characteristics of the defendant. Another theme was the ability of juries to decide complex civil and criminal cases. He pointed out the importance of avoiding complex language at trial, and suggested that juries would make better decisions if issues of liability and compensation were decided separately. He studied how juries interpret judicial concepts such as "reasonable doubt", noting that the actual standard applied by juries in criminal cases was probably lower (more conviction-prone) than assumed by constitutional scholars. This research program was underwritten primarily by grants from the National Science Foundation. In addition to publishing over 60 academic articles, in journals ranging from the Journal of Applied Psychology to Law and Human Behavior to the Brooklyn Law Review, Irv also wrote two textbooks, The Psychology of Law: Integrations and Applications (with Thomas E. Willging and Kenneth S. Bordens), and Social Psychology: Fundamentals (with Kenneth S. Bordens). Irv was honored as a Fellow of the American Psychology and Law Society, the Society for Experimental Social Psychology, The American Psychological Society, and the Association for Psychological Science. In addition to teaching social psychology at the University of Toledo and Oregon State University, he taught courses in empirical methods at the University of Toledo Law School and in psychology and law at the University of Oregon School of Law, where he was appointed Courtesy Professor of Law. On March 21, 1965, Irv married Rachelle Adelson in Queens, NY. Their son, Todd Steven, was born in 1966, and their daughter, Ilisa Cara, was born in 1972. After their divorce, Irv and Chelle remained friends and loving co-parents. On April 3, 1982, Irv married Kay Frankforther Schaffer in Toledo, Ohio. Their daughter, Jessica Ariel, was born in 1983. Irv was preceded in death by his mother and father. He is survived by his wife, Kay Schaffer, his children, Jessica Horowitz, Ilisa Horowitz Heyman (Leigh Heyman), Todd Horowitz (Laura Adams), his granddaughter, Evalyn Rose Heyman, his sister, Phyllis Peleg, and his sister-in-law, Sue Harms. Irv loved baseball, especially the Brooklyn Dodgers and Sandy Koufax. He was a marathon runner and always enjoyed running and talking with his good friends. He also loved history and often said he wished he had been a history professor as well as a psychology professor. And he always looked forward to meeting at American Dream for pizza with his close friends. Irv loved his family and was a wonderful husband. It would be impossible to ask for a better father. Contributions in Irv’s memory may be made to Lumina Hospice and Palliative Care. A private celebration of life is being planned for family and friends.

Dr. Irwin Alan Horowitz of Corvallis, Oregon died on December 23, 2019 in Corvallis. He was born in Manhattan, NY, and grew up in Brooklyn, NY with his parents Charles Horowitz and Betty Weisberg Horowitz. He graduated from Stuyvesant High School... View Obituary & Service Information

The family of Irwin Alan Horowitz created this Life Tributes page to make it easy to share your memories.