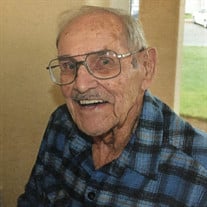 Henry Paul Chrostowski was born in Mount Carmel, Pennsylvania in 1927. At the age of only three he was orphaned and spent the next thirteen years in the Paradise School for Boys; a Catholic institution where he grew up with his four brothers:... View Obituary & Service Information

The family of Henry Paul Chrostowski created this Life Tributes page to make it easy to share your memories.