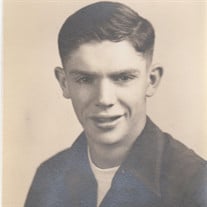 Harry Wayne Wigle (1936-2020) H, Wayne Wigle passed away at Regent Court Memory Care on Thursday, January 9, 2020. He was 83 years old. He was born in Corvallis, OR, March 29, 1936 to Charles A. Wigle and Delpha M. Leipold Wigle. He lived his entire life in Philomath. He graduated from Philomath High School in 1954. After attending Oregon State University for one term, he joined his father in the lumber sales business – Wigle Lumber Company. He continued in that business until is closed in 1982. He then worked in lumber sales, shipping, and receiving for several different mills including Northside Lumber, Eugene Wood Products, and Burkland Westgulf. In 1994, he began working in shipping and receiving at the Environmental Protection Agency in Corvallis. He continued to work there until his retirement in 2001. He was very active in horse activities, being a member of the Western Horsemen of Oregon, Oregon Horsemen’s Association, American Quarter Horse Association, and Oregon Quarter Horse Association. He began riding horses at an early age and continued to ride and show until late in the 1990’s. He began showing in Oregon Western Games and continued showing in game events and then began showing in performance classes. In the 1960’s, he showed his quarter horse gelding, Pilot Skeeter, receiving a number of all-around horse awards in quarter horse shows. He won five all-around saddles with Pilot Skeeter. He received a register of merit from the American Quarter Horse Association for Pilot Skeeter as well as for Recho Isle, another gelding he owned. He competed in calf roping, in both quarter horse shows and rodeo competition. Later, he became interested in team roping and continued to compete in rodeos and jackpot ropings. Wayne married Kay Hindman in 1961. They later divorced in 1967. In 1973, he married Carol E. Coons. They celebrated 46 years of marriage in September 2019. In October 2019, he moved to Regent Memory Care because of his worsening Alzheimer’s. Wayne was preceded in death by his parents and grandparents. He is survived by his wife, Carol; brother, Marvin Wigle; nephew, Michael Wigle; nieces, Krista Wigle and Rachele Selvig; a great-nephew, Brayden Wigle; and two great nieces, Ava and Nadine Selvig. There will be a visitation from 2:00-4:00 PM, Friday, January 17, 2020, 2:00-4:00 PM at McHenry Funeral Home, 206 NW 5th Corvallis, OR. Donations in Wayne’s name can be made to Lumina Hospice and Palliative Care, 720 W. 4th Street, Corvallis, OR 97333, or a charity of your choice.

The family of Harry Wayne Wigle created this Life Tributes page to make it easy to share your memories.

H, Wayne Wigle passed away at...