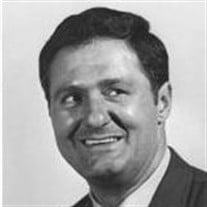 Harold “Hal” Gus Athon April 14, 1934 – October 11, 2019 Harold “Hal” Gus Athon of Corvallis passed away at home in the early morning of Friday, Oct. 11, 2019, with his wife Stell by his side. He was 85. Hal was born on April 14, 1934, in Oakland, California, to Gus and Trula Athon. He attended Yuba City High School, where he served as student body president and captain of the football team. Hal also was selected to attend Boy’s State, a leadership training program. He was known as “Tarzan,” a nickname still used among those who knew him as a teenager. Many hours riding a tractor while growing up on the family’s peach farm developed Hal’s strong work ethic, accountability and commitment to a common cause. Hal’s passion for football laid the foundation for his career. After graduating from high school in 1952, he attended Yuba Junior College then completed his education at San Francisco State in 1956, playing football at both schools as an offensive and defensive lineman. In college, Hal began dating Stell Pappas, the daughter of family friends. They wed on May 29, 1960, in a traditional Greek Orthodox ceremony that bonded them in lifelong love and their shared heritage. Hal started his football coaching career in 1958 as an assistant coach for the El Camino High School Eagles in Sacramento, California. He served in the U.S. Army from 1960-62 and later became El Camino’s head coach and athletic director, leading the Eagles through the 1970 season and winning four league titles and back-to-back Northern California championships. His head coaching record was 73-11-3. Hal moved to the college ranks and was an assistant coach at Oregon State University from 1971-76 and at University of the Pacific in Stockton, California, from 1977-1979. He also coached for two seasons at Cal Poly in San Luis Obispo, Calfiornia. A tough coach, fierce competitor and strong motivator, he reveled in the challenge of playing other top teams. “Play the best; forget the rest” and “When the going gets tough, the tough get going” were two of his favorite refrains. Hal was known as “Ace” among his coaching colleagues for his success on the recruiting trail. A transition to the NFL and a second career as a professional football scout followed. Hal began as the West Coast scout for the BLESTO combine in 1981 and served in that role for the National Scouting Combine, the Carolina Panthers, the Washington Redskins and the New Orleans Saints until his retirement in 2007. Hal believed that John Elway and Marcus Allen were two of the all-time best players he ever evaluated. In 2009, Hal was inducted into the Yuba College Hall of Fame and throughout his career received numerous coaching awards. In retirement, Hal and Stell enjoyed exploring the world together, often traveling with close friends. The couple, along with their dog Nike—named for the Greek goddess of victory and walked by Hal every day—had a fun and fulfilling life in Corvallis with a wide circle of friends. After 59 years of marriage, Hal still had a schoolboy crush on Stell and knew that he had “outkicked his coverage.” Although his job often took him away from home, Hal’s core value was his love for his family. Some of his happiest times were when he was surrounded by his wife, two daughters, four grandchildren, sisters-in-law, nieces, nephews, great nieces and nephews, and others who make up his large Greek family. Hal was a beloved “Papou”—Greek for grandfather—who instilled values of hard work, integrity and perseverence in his grandchildren. He was known as “Papou” to many of his daughters’ and grandchildren’s friends as well. As a true Greek, Papou believed that everyone was family. There was always a seat at the family table, a meal and a glass of wine for anyone who visited. Hal’s zest for life and passion for people endeared him to many, and he was loved by all who knew him. He had a quick wit and a playful smile, and his bear hugs were always in demand. Hal touched the lives of many dear family members and friends who all will miss “the Greek” greatly. Hal was preceded in death by his parents and his stepfather John D. Karnegis of Yuba City; his sister, Uraine Cook of Yuba City. He is survived by his wife, Stell; daughter Annie Athon Heck and son-in-law Bill Heck, daughter Dea Athon; grandchildren, Will and Hadley Heck, and Ben and Alex Athon Diamant; and many other extended family members. A celebration of life will take place on Saturday, Nov. 2, at noon to 3:30 p.m. on the third floor of the Valley Football Center at Oregon State University. In lieu of flowers, donations may be made to the Oregon Veterans’ Home, 600 N. 5th St., Lebanon, OR 97355; or the Annunciation Greek Orthodox Church, 600 Alhambra Blvd., Sacramento, CA 95816. Thoughts and memories may be shared with the family at www.mchenryfuneralhome.com

The family of Harold "Hal" Gus Athon created this Life Tributes page to make it easy to share your memories.