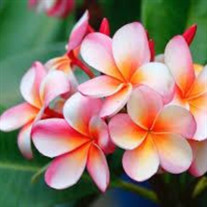 Glenna Denise McClenaghan Hall of Brownsville, devoted wife and mother, went to be with her Lord and Savior Jesus Christ on August 25th. Glenna was born March 14, 1933, to Aubrie Dias and Edna Belle McClenaghan in Bonner Springs, Kansas. Glenna attended high school in both Richland and Waitsburg, Washington. While attending Yakima Valley Junior College she met Bill Hall while he was stationed in Moses Lake, Washington, in 1953. They were married shortly after his honorable discharge from the Air Force on Jan. 15, 1955, in Yakima, Washington. Bill and Glenna celebrated 59 years of marriage. Bill and Glenna made their first home in Richland, Washington, where Bill was employed as a radiation monitor for the Hanford Atomic Works Project. Her eldest two sons were born while Bill and Glenna lived in Richland: Jon in 1955 and Jeff in 1957. In 1958, they moved to Kuttawa, Kentucky, where Bill and Glenna’s third son, Jim, was born in 1961 in Paducah, Kentucky. In 1962 they moved back to the Pacific Northwest, settling in Seattle, Washington. In Seattle she sold Fuller Brush and Avon products. In 1965, Bill and Glenna were blessed with the birth of their fourth son, Jerry. In 1971, the family moved to Brownsville, where they owned and operated a Western Auto store for 14 years. In 1985 they moved to Gresham where Glenna worked for Fairlawn Village. Glenna retired in 1993, and they returned to Brownsville. In January 2020 Glenna fell at her house in Brownsville and moved into Stoneybrook Village in Philomath to recover from her injuries. During this time she began to experience symptoms of Lewy Body disease. At the time of her death, Glenna was a member of Harvest Baptist Church in Albany. Glenna was a devoted follower of Jesus Christ and had been a founding member of both Charity Baptist Church in Springfield and Riverside Baptist Church in Albany. Glenna’s strong faith, convictions and love for her husband have impacted her family with a lasting legacy. Glenna was preceded in death by husband Bill, brother Jimmie and sisters Evelyn and Clara Mae; and parents, Aubrie and Edna. She is survived by a brother Gary McClenaghan of Yakima WA, four sons and their spouses, Jon and Debbie of Tekoa, WA; Jeff and Teri of Tillamook, OR; Jim and Elaine of Philomath, OR; Jerry and Patty of Salem, OR. She is also survived by 12 grandchildren and 23 great grandchildren. A celebration of life service is scheduled at Pioneer Park in Brownsville, Oregon on September 17th at 11am. To the last she would often say, “I am one blessed momma.”

The family of Glenna M. Hall created this Life Tributes page to make it easy to share your memories.