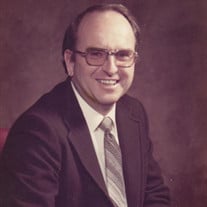 Gene Norman Thompson, a descendant of pioneers and a forester who worked in the forest industry for five decades, died March 16, 2021, in Portland, where he was being treated after suffering a heart attack in his Corvallis home. He was 84. Born September 10, 1936, in Corvallis to Norma F. (Williams) and John R. Thompson, Gene grew up in the tiny coast range town of Blodgett, where his family owned the general store and his father, a former Model-T mechanic, ran a sawmill. He graduated from Corvallis High School in 1954, and earned a degree in Forest Management from Oregon State University in 1959. Before graduating, he and his father spent six weeks in Europe studying forest management practices, greatly influencing his views on sustainable forestry. After graduating from OSU, Gene entered the U.S. Coast Guard’s Officer Candidate School at Yorktown, Virginia, graduating as Ensign. He served on active duty in Seattle, Washington, as Captain of the Port, and later, for 12 years, as a reserve officer in Eugene. Gene and Charlotte, his wife of 59 years, were married in Las Vegas, Nevada, on Friday, October 13, 1961. During his more than 50-year career in the timber industry, Gene worked with his father, and later his son and grandson, managing the family tree farm. He and his father formed Thompson Timber Co. in 1959, which was followed by Thompson Tree Farm in 1986. From 1980 to 1999, Gene served as director of Citizen’s Bank of Corvallis and was board chairman from 1993 to 1999, when he retired. He held various leadership positions in the Oregon timber industry, including director of the Oregon Logging Conference from 1989 until he was president in 2001, and director of the Oregon Forest Industry Council. Later in life, he formed the Thompson Foundation, a charitable organization to support the health and education of the local community where he had spent his life. He was also an avid supporter of the Benton County Historical Society’s new Corvallis Museum. In 2017, he was honored by the Oregon State University College of Forestry as an Outstanding Alumni Awardee. Gene had a great sense of adventure; he was a pilot, skier, and wilderness backpacker. An Eagle Scout, he had a lifelong love of the outdoors, and after retiring, enjoyed spending time in Sun Valley, Idaho, with his wife and beloved Briard sheepdogs. His love for the West was echoed in his deep interest in history and genealogy, tracing his ancestors from Ireland across the Oregon Trail in the 1840s to settle in the Kings Valley area. That passion for history extended to trains, and he rode historic railways whenever he could. For more than 25 years, he took great pleasure in setting up a toy train display, with the help of a crew of friends, each Christmas at Citizen’s Bank in downtown Corvallis. An only child, he leaves behind his wife; son Eric Thompson and wife Carrie; daughters Courtenay Thompson and husband Rick Attig, and Gina Thomas and husband Vaughn; seven grandchildren and five great-grandchildren. There will be a private family burial. A celebration of his life will be held sometime in the future when such a gathering is possible. Arrangements by McHenry Funeral Home in Corvallis. In lieu of flowers, donations in his memory can be made to the Benton County Historical Society’s Corvallis Museum.

Gene Norman Thompson, a descendant of pioneers and a forester who worked in the forest industry for five decades, died March 16, 2021, in Portland, where he was being treated after suffering a heart attack in his Corvallis home. He was 84.... View Obituary & Service Information

The family of Gene Norman Thompson created this Life Tributes page to make it easy to share your memories.

Gene Norman Thompson, a descendant of pioneers and a forester...