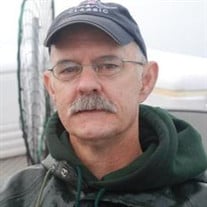 Fred “Fritz” Foulke died surrounded by his family at his home near Monmouth, Oregon. He was 66 years old. He is survived by his wife, Barbara; his children, Tobin, Jocelyn, and Evan; and five grandchildren. Fritz possessed an innate interest in people and he decided to apply this to a career as a physician. As a student at Case Western University School of Medicine, he and Barbara had three children. Fritz entered the Indian Health Service as a family practice physician in 1987, working in the tiny town of Nespelem, Washington, serving the Colville tribe. Fritz and Barb moved their young family cross-country to Omak. The family lived on a small farm and raised animals for 4H. By weekday, Fritz was a family doc in a plaid shirt, khaki-colored jeans and a bolo tie, and by weekend and evenings he was in his work clothes, wielding a power drill. In 1998, Fritz, Barb and family relocated to Monmouth and Fritz transitioned to private practice family medicine at the Salem Clinic - Inland Shores in Keizer. Fritz and Barbara purchased a hazelnut farm outside of Monmouth. Work in the orchard was a family affair, of which Fritz was very proud. When it came to the fall hazelnut harvest, it was all hands on deck. In January 2017, Fritz retired from his career as a physician, looking forward to a retirement of tending the orchard, brewing his home-brewed beer, and occasional travel. He was diagnosed with ALS in the summer of 2017. Ever-perseverant, Fritz continued to work the hazelnut harvest in the fall of 2017, continued repairing equipment in the winter of 2018, and continued to be outdoors and part of the life of the farm for as long as possible. Fritz was surrounded by friends and family in the last months of his life. Until the very last day of his life, Fritz enjoyed talking with and singing to his grandchildren. Fritz passed away peacefully with his family at his side.

Fred &#8220;Fritz&#8221; Foulke died surrounded by his family at his home near Monmouth, Oregon. He was 66 years old. He is survived by his wife, Barbara; his children, Tobin, Jocelyn, and Evan; and five grandchildren. Fritz possessed an innate... View Obituary & Service Information

The family of Fred "Fritz" Foulke created this Life Tributes page to make it easy to share your memories.

Fred “Fritz” Foulke died surrounded by his family at his home...