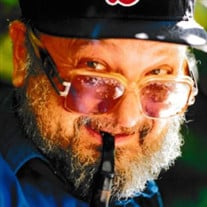 Frank Dale Christensen died December 14th at Prestige West Hills Senior Living with loving family and caregivers at his bedside. Frank was born June 26, 1934, to parents Fred and Anna (Moser) Christensen in Coquille Oregon. He was very proud of his Danish, Swiss and Pennsylvania Dutch heritage. Frank graduated from Coquille High School in 1952 and stayed connected with his graduating class, attending many class reunions. Frank received his Bachelor of Science in Industrial Education and a Master’s in Education from Oregon State University and completed courses for his Ph.D. from Arizona State. He was drafted into the United States Army during college so after completing his undergrad education he served in Korea as a teletype operator in the Signal Core. He was honorably discharged with the Army Commendation Medal and Citation and Good Conduct Medal. He was very proud of his service and in his later years could often be seen wearing his Korean Vet baseball cap. Frank worked many jobs over the years to pay for school or to help his family including working in a door factory, a mill, an auto wrecking yard, a grocery store, food service as a dishwasher and fry cook, a welder, owned a gas station, was a mechanic, built trails for the U.S. Forest Service, fought fires, was a carpenter and re-modeled homes. Frank was an industrial arts teacher at The Dalles High School when he met Nancy J. Choate (1940-2018). Frank and Nancy married in 1964 and lived in Salem where Frank started teaching industrial arts at Leslie Jr. High in Salem. They had two children, Louisa, and Sara. Frank and Nancy raised their children in Salem until Frank took a professorship at Humboldt State University in Eureka, CA. Frank moved back to Oregon a few years later when he and Nancy divorced. Frank found his dream job and became the Drafting/Civil Engineering program chair at Linn Benton Community College, where he retired in 1995. He met his second wife Martha Doogan at LBCC, and they were married for years. Frank considered her his soul mate. Frank was an advocate for vocational education and was a member of the Oregon Industrial Arts Association, the Oregon Vocational Association, the American Society of Certified Engineering Technicians, and Epsilon Pi Tau. Frank was a huge OSU Beavers fan and attended many games over the years. Even with severe dementia, he could name many of the past OSU coaches. Frank was very involved with his fraternity, the Sigma Chapter of Kappa Delta Rho, for over 60 years and received the KDR National Ordo Honoris award in 1996. He talked frequently about his college days and considered KDR members as his family. Frank enjoyed traveling, bowling, golfing, gardening, hunting, camping, and fishing. He was an accomplished fine woodworker, colonial metal worker and crafted gifts from furniture to jewelry for friends and family. He lived along the Alsea River in retirement enjoying fishing in his backyard and being a part of the local art guild. His daughters remember him coaching their soccer and softball teams, camping and hiking trips, frequent Oregon history and family genealogy lessons, his patience in teaching them to drive, always making sure they knew how to provide car maintenance, the special projects he made for them or taught them to make and his dedication to spending time with his grandchildren. Frank is survived by his brothers Robert Christensen of Monroe and Dick Christensen of Alabama, daughters Louisa Shelby and Sara Christensen-Lee of Corvallis, and his grandchildren Ivy and Conner Farrell and Zachary and Sebastian Lee. Military funeral services will be held at Willamette National Cemetery, 11800 SE Mt. Scott Blvd, Happy Valley, OR on January 28th at 2 pm. Future local memorial service details will be posted on the McHenry Funeral Home website https://www.mchenryfuneralhome.com. Memorial donations can be given in Frank’s name to support the Oregon State Sigma Chapter Kappa Delta Rho Alumni Association at https://www.kdr.com/donate/sigma-alumni-corporation-fund/.

The family of Frank Dale Christensen created this Life Tributes page to make it easy to share your memories.