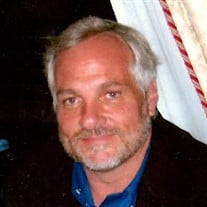 David “Dave” Bruce Sturner, 63, passed away peacefully surrounded by his wife and children on October 14, 2019 at Good Samaritan Hospital in Corvallis, Oregon after a brief but valiant battle with cancer. A loving husband, a devoted father and friend to all, he will be remembered for his kindness, his unique sense of humor and his ability to make friends wherever he went. His faith in God and his love of people were the focus of his life. Dave was born on February 19, 1956 in Detroit, Michigan to Frederick and Marilyn Vallance Sturner of Royal Oak, Michigan. He was the middle of three sons. In 1963 his father took a job with Hiller Helicopters and the family moved to Sunnyvale, California. Dave attended West Valley Elementary School, Cupertino Junior High and Homestead High School. He excelled in sports, especially track, football and baseball. After graduating from high school in 1974, he moved to Homer, Alaska to work as a commercial fisherman for two seasons. He returned to the Bay Area and attended De Anza College while working as a journeyman carpenter. On April 19, 1986, Dave married Eileen Louise Webb in Carmel Valley, California and they settled in the Bay Area. In 1992 an opportunity arose for Dave to go back to school to pursue a career in pharmacy. He moved his wife and their two children, Audrey and David, to Philomath so he could attend Oregon State University. Their youngest son, Christopher, was born in 1996 and Dave graduated from the College of Pharmacy at Oregon State University the following year. Upon graduation, he immediately began his career as a pharmacist at Good Samaritan Hospital in Corvallis and he worked there for the rest of his life. He truly loved his job and everyone he worked with was like family to him. Dave had many interests but spending time with his wife and kids was what he enjoyed most. He shared with his wife a love of travel. Favorite vacations were taking his family to Disneyland or camping in National Parks. This year Dave made his first trip to Europe. He and Eileen visited Dublin, London, Edinburgh, Amsterdam, and Paris. He loved watching his son David play basketball and baseball, as well as taking his son Chris mountain biking and spending time at the beach with his daughter Audrey and their dog Finn. His love of old cars, which began in childhood, continued throughout his life. He enjoyed watching old movies, gardening, talking politics, telling jokes and attending concerts with his wife and friends. Dave was preceded in death by his parents, and is survived by Eileen, his loving wife of 33 years; his three children, Audrey, David (Sydney) and Christopher; and by his brothers, Fred and John and their families. He will be dearly missed. A Celebration of Life will be held at CH2MHill Alumni Center on Monday, November 18, 2019 at 5:00. All who knew Dave are invited to come and share in the celebration of this wonderful man’s life.

David &#8220;Dave&#8221; Bruce Sturner, 63, passed away peacefully surrounded by his wife and children on October 14, 2019 at Good Samaritan Hospital in Corvallis, Oregon after a brief but valiant battle with cancer. A loving husband, a devoted... View Obituary & Service Information

The family of David Bruce Sturner created this Life Tributes page to make it easy to share your memories.