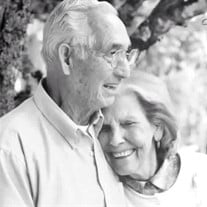 Reverend Charles J. Loftis Reverend Charles J. Loftis, 82, beloved husband, family man, and minister peacefully passed to his eternal reward on May 20, 2019 in Corvallis after battling an illness. Charles was born the third of 11 children to Gordon and Ethel Loftis in Asheville, North Carolina on March 2, 1937. He grew up in the woods of western North Carolina and northern Georgia. He came west to Oregon in March 1955 and immediately went to work in the logging industry. Employed with a few outfits around the Philomath and Albany areas, Charles hung up his corked boots in 1990 after decades in the woods and was then employed for 10 years with the 509J School District as a maintenance technician. He met the love of his life, Billie, at a church revival meeting in spring 1958 and married her six months later. At that time, they settled in Lebanon where Charles prepared himself through years of study and earned his first ministerial credential. Charles and his family moved to Bend in 1962 to assume their first pastorate, later moving to Boise, Idaho to also minister. Returning to Oregon in 1965, Charles and Billie were both ordained in 1968, and having settled in Corvallis to raise their children, they were elected to a pastorate in Philomath where they served from 1970-1974. In November 1974, Charles was elected as pastor of New Hope Pentecostal Church of God in Corvallis where he and his wife served faithfully for 37 years before retiring from vocational ministry. In 2011, he was awarded the “50-Year Pin” for being a credentialed minister with the Pentecostal Church of God, maintaining his ordination until passing. His love for Oregon’s outdoors afforded Charles’ family memorable opportunities to enjoy woods and waters from the Cascades to the Coast. With a deep commitment to his Lord, his wife, his family, and his congregants, Charles was an endless fount of love and grace who profoundly impacted the lives of all he knew. Billie, his wife of 60 years, died on June 16, 2019 to be reunited with Charles. He is survived by his daughters DeAnne Reiman (Ed), Cottage Grove, Kaye Loftis (Roy), Sheridan, Debbie McBride (Michael), Philomath, Michelle Corley, Hendersonville, Tennessee; sons Mike (Hope), Hendersonville, Tennessee, and Chuck (Kelly), Rapid City, South Dakota, as well as 18 grandchildren, 16 great grandchildren, and several dozen nieces and nephews. Preceded in death by his parents and sisters Nina, Catherine, Evelyn, Linda, Beatrice, Mary, and his brother Edward, Charles is also survived by three brothers: Wade, Roy, and James, each residing here in the Willamette Valley. A dual memorial service will be held for Charles and Billie Saturday, June 29, 10 AM at Kings Circle Assembly of God Church, 2110 NW Circle Boulevard in Corvallis. In lieu of flowers, a memorial has been established to send students to summer camp through the auspices of New Hope PCG in honor of Reverend and Mrs. Loftis’ commitment to the church’s youth ministry.

The family of Reverend Charles Junior Loftis created this Life Tributes page to make it easy to share your memories.