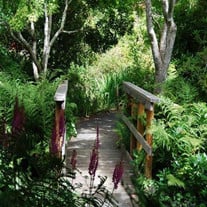 Charles Lauffer Frank, 82, born in Washington Pennsylvania on September 22, 1936, lost his battle with cancer and passed away peacefully in the company of his family on the morning of July 22, 2019. He was the oldest of four children and is survived by his two sisters Carolyn and Gertrude and is preceded in death by his wife Dorothy, brother Harry and his parents Charles and Clara Frank. His great grand father immigrated to the US from Prussia in the mid 1800s which made Charles fourth generation to the U.S. Charles graduated from Washington High School in Washington, PA where he went on to serve in the United States Navy on the USS Coral Sea and Saratoga as a radar technician. He married the love of his life Dorothy Jean Kughn and they began their family. After serving in the US Navy he graduated from Penn State and began his career in the computer industry at RCA. After working at RCA he returned to further serve his country working for the Department of Defense at the Pentagon in Washington DC. Later he transferred to the Environmental Protection Agency (EPA). In 1973 he and Dorothy made a decision to move their family to the West coast and settle in Corvallis, Oregon where he finished his career with the EPA. In his retirement he served on the Board of Directors of the OSU Federal Credit Union and was the Treasurer at the First Presbyterian Church in Corvallis. Charles and Dorothy celebrated 61 years of marriage before she passed away in September 2016. Charles and Dorothy had an intensive love for their family and friends. He was very proud of their three children Charles, Cheryl and Mike, their spouses, seven grand children and twelve great grand children. Charles loved life and family and prioritized family over all else. Family vacations were always a priority and a tradition passed on to him from his father and continuing on with his adult children and grand children. Many traveling adventures and memories have been shared by friends and family. He was also an avid fisherman and knew every inch of the Alsea and Siletz rivers. He was a kind, selfless man, loved by all who ever had the pleasure of meeting him. We were blessed with the time we were given to spend with him. He will be greatly missed. A celebration of life is planned for 11:00 a.m. on July 31st at the First Presbyterian Church in Corvallis with a reception to follow. In lieu of gifts or flowers please send donations to the First Presbyterian Church in Corvallis or to Evergreen Hospice in Albany.

Charles Lauffer Frank, 82, born in Washington Pennsylvania on September 22, 1936, lost his battle with cancer and passed away peacefully in the company of his family on the morning of July 22, 2019. He was the oldest of four children and... View Obituary & Service Information

The family of Charles Lauffer Frank created this Life Tributes page to make it easy to share your memories.