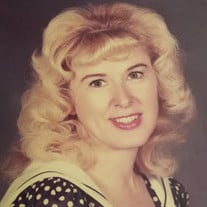 Carol Bernice Smith was born in Oakland, CA on December 31, 1936 to mother, Velma Thompson and father, Clarence Humphries. Her father left to return to Wichita Falls, Texas when Carol was six months old. He never returned. Her mother married Orson Hill from Utah and moved to Antioch, California where they lived until Carol graduated from Antioch High School in 1954. She married Myron Bacigalupi in 1955 and had two sons: Martin Wayne (1956) and Marvin Jay (1958.) In addition, she worked outside the home for Fiberboard. They divorced in 1972 and she lived at home with her parents for a time and then moved to Benica, California to be closer to her job. She met her second husband, Kenton L. Smith, while he was on active duty in the Navy at the Mare Island Naval Shipyard on February 4, 1973. They were married in Las Vegas, Nevada on February 2, 1974. As a Navy wife, she endured separations while Ken deployed. They lived in Long Beach and then San Diego, California. Next came a three-year tour in Mare Island that ended in 1978. She was instrumental in raising Ken’s two children, Sean Mason and Whitney Toland. Carol was active as a Navy wife and a bowler including serving as league president. Kent and Carol transferred to Groton, Connecticut to be stationed at the New London Submarine Base for the next three years where she continued her active life as a Navy wife and bowler. She also worked as a counselor for Weight Watchers during this period. The family lived in Groton until Kent retired from active duty on May 1, 1981. Carol and Kent moved to Eagan, Minnesota where he worked for Sperry Univac. She continued her work as a Weight Watchers counselor during the nine months they lived in Minnesota. The next move was to North Kingston, Rhode Island where Kent worked outfitting submarines for commissioning. Carol was active in various organizations, but her love was working in a Yarn Shop in the village of Wickford, Rhode Island. She taught knitting and enjoyed her home on the Annaquatucket River for the next fifteen years. Carol and Kent decided to move back West. They purchased a 37=foot RV, sold most of their belongings, and began the adventure of moving across the country in what she called the 37-foot hallway nicknamed “The Terrapin.” The intent was to settle in California, but it proved to be too crowded for her taste. The Smiths lived for a time in Dexter, Oregon while looking for work within a fifty-mile radius. Next, they moved to Albany when Kent began work for the Philomath School District. Carol began bowling again and eventually became the president of the Albany Women’s Bowling Association. She continued in this role until the men’s a women’s associations were combined and then served alternately as president or vice-president of the Albany United States Bowling Congress for many years. Carol and Kenton moved again after two years in Albany, this time to a home in the Coast Range foothills outside Philomath in 1998 where they have lived ever since. Carol is survived by her husband, Kenton Smith, sister Judy Simpson, children Marty and Marvin Bacigalupi and stepchildren Sean Smith and Whitney Smith Boss. Due to the current requirement to keep social gatherings at 10 persons or less, the funeral service has been changed to a visitation time only with a graveside service to follow at Oak Lawn.

The family of Carol Bernice Smith created this Life Tributes page to make it easy to share your memories.