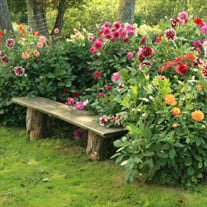 Beverly "Bev" Anne (Richards, Foote) Passwaters (08/10/1938-05/29/2020) was born in Newberg, Oregon on August 10, 1938 to Elizabeth Clemmens and Elmer Richards. Bev passed away suddenly and unexpectedly on Friday afternoon, May 29, 2020, of apparent heart failure. Bev attended Newberg Elementary School. After her parents divorced, Bev lived in Pacific City, Oregon with her mom and attended elementary schools at Pacific City and Cloverdale, Oregon, followed by Nestucca High School in Cloverdale, Oregon. Bev's younger brother, David Richards lived in Newberg, Oregon with their father. After graduating from Nestucca High School in 1956, Bev enlisted in the U.S. Air Force and served her country for three or four years. Bev went through Recruit Training ("Boot Camp") at San Antonio, Texas. While serving in the U.S. Air Force, Bev joined and performed with the U. S. Air Force WAF Band, playing the clarinet. The WAF Band was head-quartered in San Bernardino, California but constantly traveled and performed at numerous locations throughout the continental United States and Puerto Rico. As a member of the WAF band, Bev marched and played clarinet in parades and ceremonies. She was very proud of having performed with the WAF band in presidential inauguration parades in Washington, D.C. and other ceremonies such as the Portland, Oregon Rose Parade and the Kennedy Center, to name a few. During her Air Force service, Bev recalled a near crash-landing in the ocean near Puerto Rico. Bev had her parachute on and was within a few moments of bailing out when their plane barely managed to reach and land safely in Puerto Rico. After Bev completed her military service, she returned to Oregon. She lived and worked for several years in Portland, OR and volunteered at dances and functions with the U.S.O. It was at one of the USO dances that she met her first husband, Charles Douglas Foote. Bev and Chuck were were married on June 15, 1962. Chuck was an enlisted U.S. Air Force service man. During their marriage of 29 years, Chuck and Bev spent many years at Clark Air Force Base in The Philippines as well as tours in Taiwan and the Washington, DC area. During these years, Bev worked in the U.S. Civil Service as a secretary. Their son, Charles Douglas (Doug) was born on June 01, 1965 while they lived in Portland, Oregon, and their daughter, Barbara (Barb, "Sissy") was born on January 06, 1967 while they lived in Taipei, Taiwan . Bev was highly intelligent and extremely skillful in many crafts, especially with sewing and her love of quilting. She created numerous beautiful quilts and skillfully created sewing projects, largely for other people and many of her family and friends. When the 2020 Coronavirus pandemic occurred, Bev researched how to make proper protective face masks and devoted numerous loving hours at her sewing machine creating special face masks for family and friends and acquaintances who requested a mask. Bev gave mask-making priority to her daughter-in-law, Karen who is a nurse in Orange Park, Florida and to Karen's husband, Paul Tennent, a policeman, also in Orange Park, Florida. She also gave high priority to making protective face masks for her grandson, David, and for her granddaughter-in-law, Katrina. Bev's first husband, Chuck, died of heart failure while they lived in the Washington, D.C. area, and after his death, Bev remained working and living in the that area. While attending a Nestucca High School class reunion in 1985, Bev renewed her acquaintance with classmate Kenneth Passwaters who had retired as a Master Chief with the U.S. Navy. Ken and Bev had corresponded via mail and email for a couple years while Bev was still in D.C. and Ken worked for Oregon State University in Corvallis, Oregon. Ken and Bev married in 1995 and they moved to Albany, Oregon where they resided until Bev's death, after 25 years of marriage. Bev continued to play her clarinet at the annual WAF Band reunions and also with the Willamette Valley Concert Band. Bev also served as the WAF Band secretary during these years and kept everyone in touch with each other. The Willamette Valley Concert Band practiced together each week and performed at veteran's homes, colleges and other facilities on holidays throughout the year. Bev and her husband, Ken, have previously arranged to be buried beside each other in Willamette National Cemetery in Portland, Oregon. Bev will be buried there within a week or so, as soon as the National Cemetery can complete arrangements. Bev's funeral will be held at 11:00am on Thursday June 4, 2020 in the McHenry Funeral Home, 206 NW 5th St, Corvallis, Oregon 97330 (Phone 541-757-8141). Attendance in the funeral home is limited to 25 persons due to the Coronavirus pandemic. Bev's funeral can be viewed on "Facebook Live". To access the live stream of Bev's funeral service, simply search for McHenry Funeral Home on Facebook, "Like" the McHenry Funeral Home page, then view the service live at 11am Thursday, or it can be viewed later as well. Bev is survived by her husband of 25 years, Ken, who truly loves and adores her completely. She is also survived by her daughter, Barb, by her son, Doug, by her step-mother, Joan Richards, step-brother, Dennis Richards, and by numerous grandchildren and great-grandchildren. She was pre-deceased by her parents, by her first husband, Charles Foote, by her brother, David Richards, and by her step-sister, Cheryl Paddock. If desired, flowers in Beverly's honor can be delivered to McHenry Funeral Home at the address given above. Contributions in Beverly's name can be made to the U.S.O. (United Service Organization) or to the Willamette Valley Concert Band.

The family of Beverly Anne Passwaters created this Life Tributes page to make it easy to share your memories.