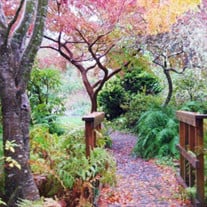 Alice Harlene (Lura) Jack passed away at the age of 86 on April 17, 2020 at a Nice Place II adult foster home in Albany, Oregon. Alice was born July 1, 1933 to Victor and Mamie (Jacobson) Lura in Gilbert, Iowa. She was raised on a farm in Roland, Iowa where she attended school and graduated from Roland High School. She attended Iowa State College for one year. Alice met Lyle Eugene Jack on a blind date at college. They were married December 18, 1954. During their 65 years of marriage they became the parents of three children: Nanci Jo, Susan Harlene, and David Eugene. Alice followed Lyle through his term in the US Air Force and his career in the US Forest Service. They lived in many locations including Iowa, Montana, Missouri, Oklahoma, Alaska, Washington, and Oregon. After the growth of their children, Alice worked for the US Park Service, the Veterans Administration, and the US Forest Service. Alice was a very out-going person and never met a stranger. She made many friends throughout her life and particularly enjoyed driving needy clients through the Interfaith Care Givers of Good Samaritan Episcopal Church of Corvallis. She was known for her generosity and loved shopping and giving gifts to her family. She was fearless and made many solo road trips across the country. True to her Norwegian heritage, Alice was a master lefsa maker. She was well known in Alaska for the sweater jackets she knitted and her fried apricot pies she made only for salmon derby. She survived the Alaska earthquake of 1964 in Cordova with three small children while Lyle was safely flying somewhere near Juneau. She spent many summers raising their children on her own while Lyle was off fighting forest fires. Alice was preceded in death by her daughter Nanci Jo Tappe, her mother and father, and siblings Viola Mae Twedt, Josephine Lura, and Eugene Lura. She is survived by her husband Lyle, daughter Susan Fisher (Al) of Lebanon, Oregon, son David Jack (Altheia) of Corvallis, Oregon, granddaughter Kelsey Fisher of Portland, Oregon, son-in-law Rod Tappe of Albany, Oregon, and step grandchildren Mike Fisher, Nancy Shaffer (Marc), Shawna Tappe-Belskis (Jackie), and Todd Tappe. In lieu of flowers, memorials may be made to Volunteer Interfaith Care Givers, 501 NW 25th Street, Corvallis, OR 97330. A private graveside service will be held at Crystal Lake Cemetery where Alice will be buried next to her daughter. Please leave condolence messages here on the website for the family.

Alice Harlene (Lura) Jack passed away at the age of 86 on April 17, 2020 at a Nice Place II adult foster home in Albany, Oregon. Alice was born July 1, 1933 to Victor and Mamie (Jacobson) Lura in Gilbert, Iowa. She was raised on a farm in... View Obituary & Service Information

The family of Alice Harlene Jack created this Life Tributes page to make it easy to share your memories.

Alice Harlene (Lura) Jack passed away at the age of 86 on April...